Jasmine Alhachami died after an accident at that intersection Saturday. Police say that she, along with three others, were in a car that crashed into a woman’s SUV.

WOODHAVEN, Mich. (FOX 2) - On Monday some Downriver teens stopped by a streetlight at Allen and West roads in Woodhaven to mourn a friend.

Jasmine Alhachami died after an accident at that intersection Saturday. Police say that she, along with three others were in a car that crashed into a woman’s SUV.

"When I found out actually the middle of the night, I had to be to work early in the morning, and just couldn’t go back to sleep," said Jayden Barnes. "It was almost like it didn’t feel real."

"It was really scary, we saw the car like on the grass and everything and it just wasn’t good," said witness Chelsea Mitchell.

Chelsea Mitchell saw the aftermath of the crash. Police say the woman in the SUV suffered a minor shoulder injury,

The driver of the car Jasmine was in, along with another passenger, underwent surgery after the crash. Jasmine was also rushed to the hospital - where she died from her injuries.

"My heart kind of dropped, because I was really hoping everybody was going to be okay, that it was going to be like a minor car accident," said Mitchell. "But it didn’t turn out to be that way which is very unfortunate. All of my prayers and love goes out to that family."

Jasmine Alhachami was a senior at Southgate Anderson High School with a 4.0-grade point average.

Jayden Barnes was one of Jasmine’s close friends and says she was the kind of person people were drawn to.

"She was fun, outgoing, she loved being around people and always had and made new friends," said Barnes. "She got along with everybody."

"It’s very sad: talented life getting taken away from us that fast," said Brandon Klimowicz.

Woodhaven police says the initial investigation determined the driver of the vehicle Jasmine was in, ran a red light into the path of the SUV.

"I think definitely hearing about this people will hopefully drive safer and be more aware of their surroundings and even if they’re at a red light and it turns green, just to wait and double-check," Mitchell said.

There are conflicting accounts of what led up to this crash and which driver ran the red light. Police are still investigating what happened there. They don’t know yet if drugs or alcohol was involved. 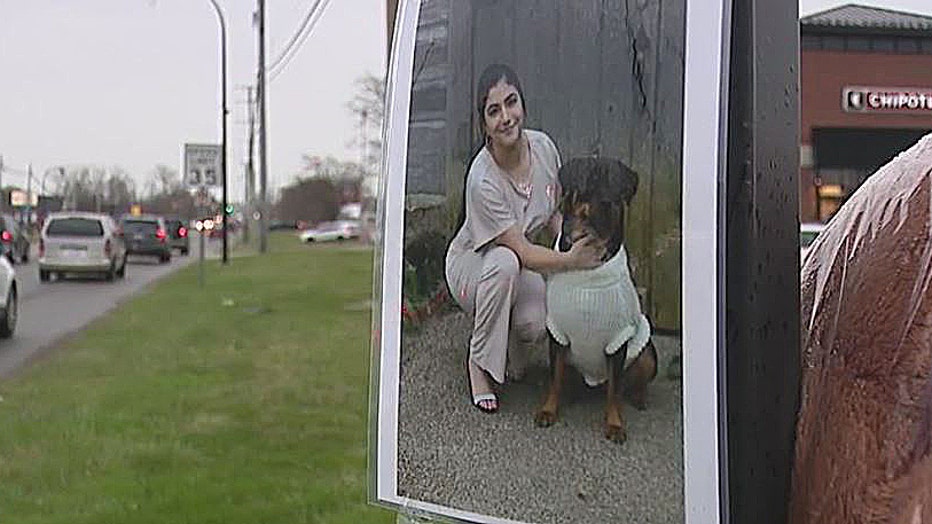 A memorial for Jasmine Alhachami at Allen and West roads.