Maria Mariweather couldn't believe what she was seeing - a man ranting while carrying a baby and yelling at police officers on Detroit's west side.

DETROIT (FOX 2) - Maria Mariweather couldn't believe what she was seeing - a man ranting while carrying a baby and yelling at police officers on Detroit's west side. Mariweather captured the disturbing scene on her phone.

"This is the part right here - I’m like oh my God," she says playing the video she took. "Oh my God. I was afraid for the baby."

She was working on her graphic designs from her home studio on Wisconsin near Milford Street at about 3 p.m. Wednesday.

"I heard chaos outside so I went to go see, and I saw him running down the street with the baby," she said.

She started recording the man walking down the street with no shoes holding a baby.

"The police were coming behind him and he was yelling," she said.

He appeared on camera to say "We ain’t white, we Black. We say it loud baby."

The man walked to the corner and sets the child down. 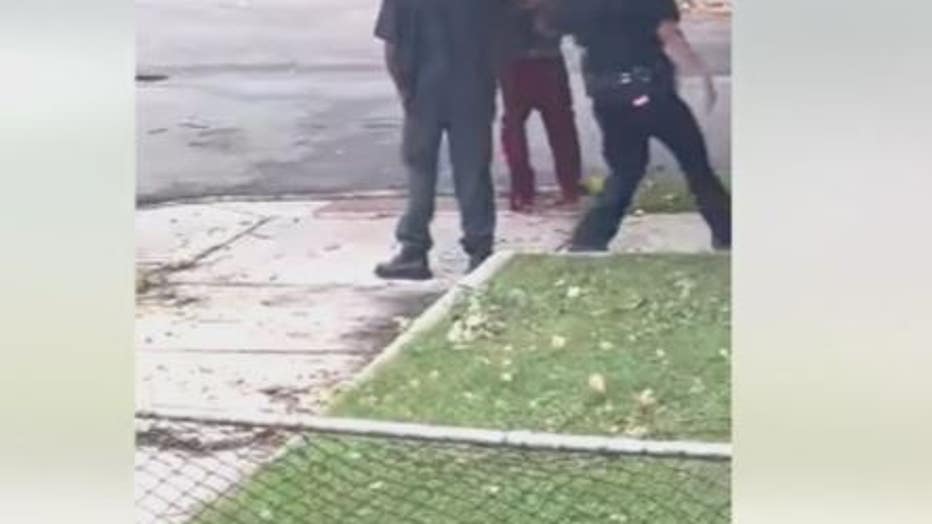 When police move in, he ran with the baby for the police car, putting the child inside and then climbing into the cruiser himself.

"He threw the baby into the police car and tried to take off and as they were trying to get him out, he started swinging on the police and trying to fight them," Mariweather said.

The man keeps running while one officer aims his Taser and the second one grabs the child.

"They tased him and he said it didn't hurt," she said. "And he kept running."

After the video stops were told back up arrived. Neighbors say police did catch the man in the video however DPD is not releasing any details as to his state of mind or who the child belongs to.

Police say this is very much an active investigation. 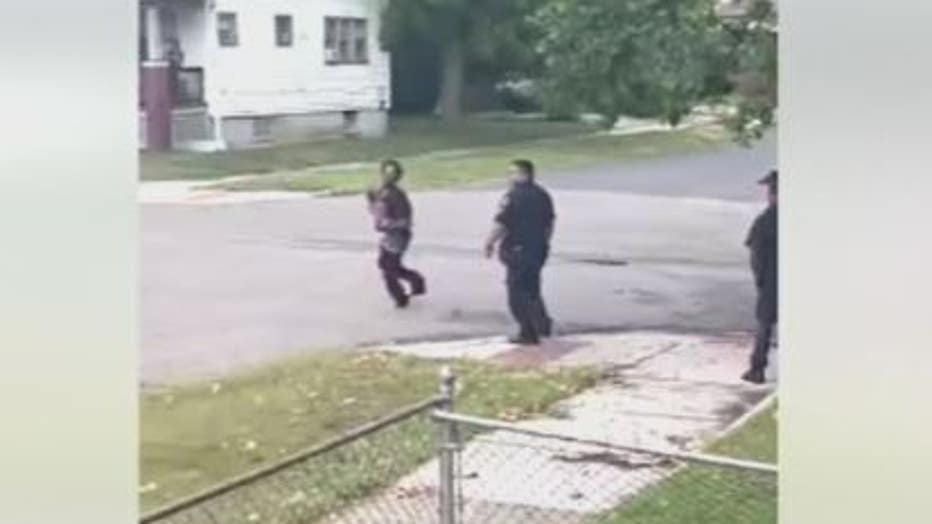