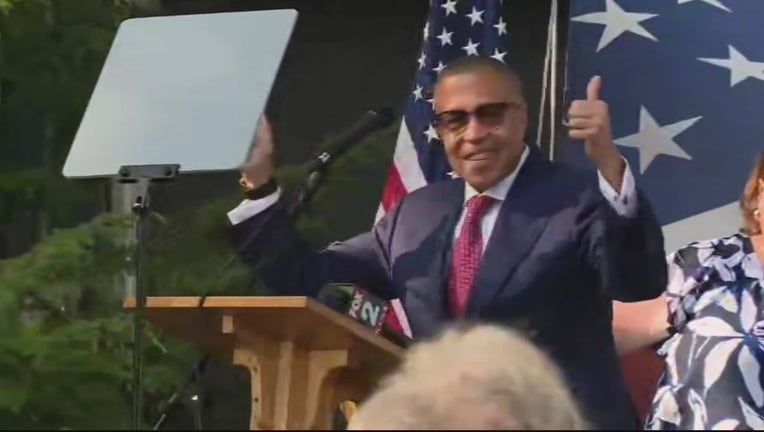 LANSING, Mich. (AP) - Two of the leading candidates for the GOP nomination for Michigan governor were found ineligible Thursday for the August primary, prompting a likely court challenge and reshaping the race to take on Democratic Gov. Gretchen Whitmer in the battleground state this fall.

Former Detroit Police Chief James Craig, who has led in most primary polls, and businessman Perry Johnson, along with three other lesser-known candidates, did not qualify for the ballot. The bipartisan Board of State Canvassers, voted Thursday that they be disqualified, following a recommendation from the state elections bureau, which said Monday it found thousands of forged or fraudulent signatures on petitions the candidates submitted.

Democrats challenged the GOP candidates’ petitions, alleging mass forgery and other issues. Another Republican candidate, Tudor Dixon, had also contested Craig’s voter signatures as fake. The bureau, which is part of Democratic Secretary of State Jocelyn Benson’s department, said it discovered the fraud in its own review and didn’t process the challenges filed by the Michigan Democratic Party and Dixon.

Invalid signatures the reason Craig, 4 other GOP candidates likely will be left off ballot

The state bureau that did the review of the petition names determined that the candidates themselves did not know that alleged fraud was going on. Candidates had to collect at least 15,000 signatures to qualify. Skubick says invalid signatures were the reason in the election bureau's recommendation.