FOX 2 - The Electoral College gave Joe Biden a solid majority of its votes Monday, confirming his victory in last month’s election in state-by-state voting that took on added importance this year because of President Donald Trump’s refusal to concede.

Biden spoke to the nation urging unity and attempting to debunk the suspicions over his election win despite numerous anomalies, witnesses with varying credibility and a slew of court hearings challenging state results. Tonight Biden reviewed some of his battleground state wins including here in Michigan, in order to debunk the president's claims of election fraud.

The final electoral vote tally ends with Biden reaching 306 to President Donald Trump's 232. Earlier today, California’s 55 electoral votes put Biden over the top, clearing the 270-vote mark that affirmed he will be the nation’s next president.

“If anyone didn’t know it before, we know it now. What beats deep in the hearts of the American people is this: Democracy,” Biden said. “The right to be heard. To have your vote counted. To choose the leaders of this nation. To govern ourselves.”

Biden, who did not field questions afterward, argued during his roughly 20-minute address, that America’s system of government remains intact.

“In America, politicians don’t take power — the people grant it to them,” Biden said. “The flame of democracy was lit in this nation a long time ago. And we now know that nothing — not even a pandemic — or an abuse of power — can extinguish that flame.”

He will also pledged to be “a president for all Americans” who will “work just as hard for those of you who didn’t vote for me, as I will for those who did.”

Heightened security was in place in some states as electors met on the day established by federal law. Electors cast paper ballots in gatherings that took place in the 50 states and the District of Columbia, with masks, social distancing and other virus precautions the order of the day. The results will be sent to Washington and tallied in a Jan. 6 joint session of Congress over which Vice President Mike Pence will preside.

There was little suspense and no change as all the electoral votes allocated to Biden and Trump in last month’s popular vote went to each man.

Biden topped Trump by more than 7 million in the popular vote nationwide.

“In this battle for the soul of America, democracy prevailed,” Biden said in remarks prepared for an evening speech. “We the people voted. Faith in our institutions held. The integrity of our elections remains intact. And so, now it is time to turn the page. To unite. To heal.”

Biden renewed his campaign promise to be a president for all Americans, whether they voted for him or not, and said the country has hard work ahead on the virus and economy.

But there was no concession from the White House, where Trump has continued to make allegations of fraud. 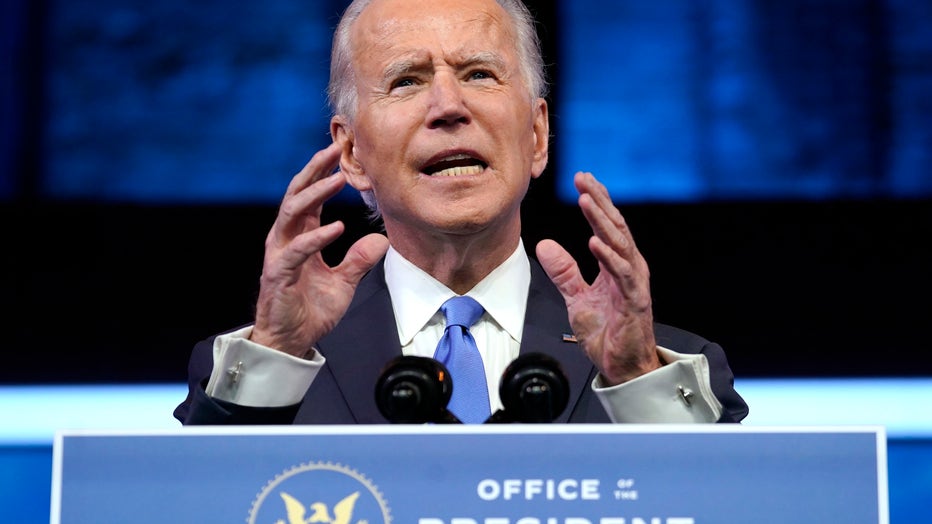 The president had grown increasingly disappointed with the size of “Stop the Steal” rallies across the nation as well as efforts for the GOP to field its own slates of electors in states. A presidential wish for a fierce administration defense led to TV appearances early Monday by Stephen Miller, one of his most ferocious advocates, to try to downplay the importance of the Electoral College vote and suggest that Trump’s legal challenges would continue all the way to Inauguration Day on Jan. 20.

-The Associated Press contributed to this story