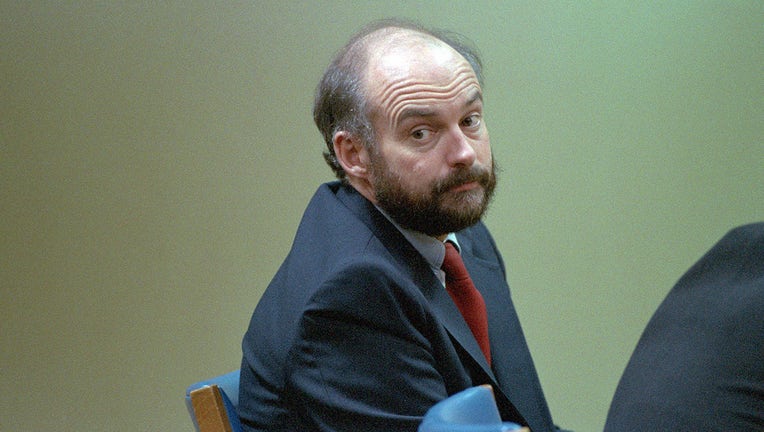 ANCHORAGE, Alaska - Joseph Hazelwood, the captain of the Exxon Valdez oil tanker that ran aground more than three decades ago in Alaska, causing one of the worst oil spills in U.S. history, has died, the New York Times reported. He was 75.

He died in July after struggling with COVID-19 and cancer, his nephew Sam Hazelwood told the newspaper for a story reported Friday. Hazelwood's family members and business associates did not respond to The Associated Press for comment.

The Exxon Valdez Oil Spill Trustee Council estimates the spill killed a quarter million seabirds, 2,800 sea otters, 300 harbor seals, 250 bald eagles, up to 22 killer whales and billions of fish eggs. It took years for the fish numbers to rebound following the spill, and oil can still be found under the surface of some beaches in Prince William Sound.

The grounding, along with other oil spills in 1989 and 1990, prompted passage of the Oil Pollution Act of 1990, which strengthened how the U.S. government responds to oil spills. Exxon Valdez was surpassed as the nation's worst oil spill when Deepwater Horizon exploded in 2010, releasing 168 million gallons (635 million liters) of oil into the Gulf of Mexico.

An Anchorage jury awarded nearly 33,000 plaintiffs affected by the Alaska spill $5 billion in punitive damages in 1994, but that amount was cut in half by other courts on appeals by Exxon. In 2008, the U.S. Supreme Court cut the punitive damages to $507.5 million. 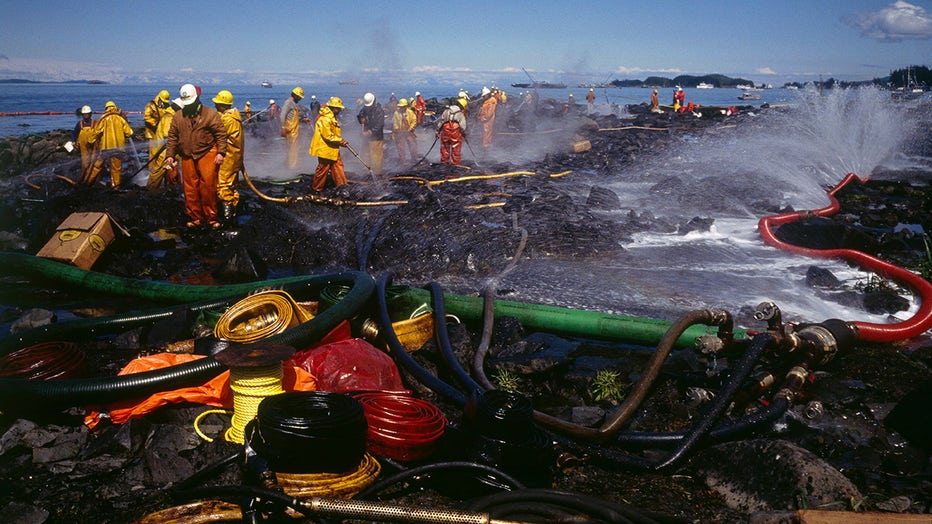 Hazelwood, whom prosecutors accused of being drunk when the tanker grounded, was the only crew member criminally charged after the spill. He had left a third mate in control of the ship while he went below to do paperwork. Hazelwood was accused of one felony, criminal mischief, and three misdemeanors — reckless endangerment, operating a vessel while intoxicated and negligent discharge of oil.

During his 1990 Anchorage trial, witnesses reported he drank vodka at a Valdez bar before the ship sailed, but how much he drank and at what hour were in dispute. No witnesses described Hazelwood as appearing drunk, staggering or slurring his words. Crew members called him cool, calm and in command before and after the grounding, according to Associated Press coverage of the trial.

His blood-alcohol reading was .061, but he wasn’t tested until about 10½ hours after the tanker grounded. In most states, the legal limit is .08 percent.

The jury ultimately found Hazelwood guilty of negligent discharge of oil into state waters and acquitted him of the other charges. He was sentenced to spend 1,000 hours in community service and ordered to pay $50,000 in restitution.

During his sentencing, then-Superior Court Judge Karl Johnstone said he was disappointed Hazelwood had not publicly apologized for his role in the disaster.

"I’m sure deep down, he is very shameful," Johnstone said.

In June 1999, Hazelwood, of Huntington, New York, spoke to the New York Times as he prepared to leave for Anchorage to complete his community service.

"As master of the vessel, I accept responsibility for the vessel and the actions of my subordinates," he told the newspaper. "I’ve never tried to avoid that. I’m not some remorseless oaf."

He then noted that he was convicted of a low-level misdemeanor. "There’s no lower crime in the state of Alaska. The judge had to come up with a sentence. I can understand it. I don’t have to agree with it," Hazelwood told the Times.

However, a decade later, he issued the apology that Judge Johnstone wanted to hear.

Hazelwood took responsibility in the book, "The Spill: Personal Stories from the Exxon Valdez Disaster," by Sharon Bushell and Stan Jones.

"Occasionally people have called me a scapegoat, but I’ve never felt comfortable with that term when applied to me in regard to the oil spill," he says. "I was captain of a ship that ran aground and caused a horrendous amount of damage. I’ve got to be responsible for that. There’s no way around it."

Following the spill, he worked at a New York law firm as a paralegal and also was an instructor at a maritime college.

Hazelwood is survived by his wife, Suzanne; a daughter, Alison; two grandsons, and a brother, Joshua, the Times reported.