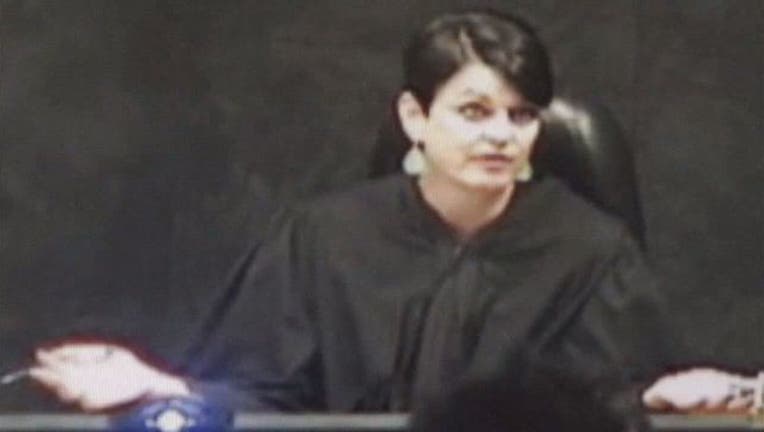 LANSING, Mich. (AP) - The Michigan Supreme Court seemed to struggle Wednesday over whether a Detroit-area judge should be punished for sending three kids to juvenile detention for failing to see their father during a contentious divorce.

Gorcyca made headlines in 2015 when she held three kids -- ages 13, 10 and 9 -- in contempt and sent them to juvenile detention for two weeks. The judge blamed the mother for alienating the two boys and their younger sister from their father in a long-running child custody dispute.

"You may stay in there until you graduate from high school," Gorcyca told the oldest. She also made a reference to former cult leader Charles Manson, whose disciples carried out grisly killings during the summer of 1969.

Gorcyca's attorney, Tom Cranmer, said the judge "made some mistakes" but didn't commit misconduct. He told the Supreme Court that her actions must be viewed in the context of a frustrating, multiyear dispute involving warring parents.

Justice Robert Young Jr. said he's concerned about whether the Judicial Tenure Commission has "slipped over the edge" in the Gorcyca case by trying to punish legal errors.

Justices Bridget McCormack and Joan Larsen wondered if Michigan would have to build "judge jails" if angry judges make mistakes in the heat of the moment and are then accused of violating ethics.

"I've been there. ... They're lying. They hate each other. They throw it at you: `Fix it judge,"' Zahra said of combative parents. "But does that mean a judge is given a free shot?"

In its recommendation for a suspension, the Judicial Tenure Commission said Gorcyca bullied children.

"The public was ill-served by the spectacle of a judge verbally berating and ridiculing young children in open court and appearing to favor their father over their mother," the commission said.