KALAMAZOO, Mich. (WJBK) - He's charged with gunning down six people and wounding two others in a shooting spree. Now a judge says the Uber driver accused of terrorizing Kalamazoo is competent to stand trial.

Jason Dalton claims he was possessed by the Uber app during the murders.

With shackles around his wrists and ankles, Dalton, accused of going on a shooting spree killing six and injuring two others while on duty as an Uber driver, made his way into a Kalamazoo court. The purpose was to see if he was competent to stand trial.

"The defendant is competent to stand trial, his case will proceed to the next stage of the criminal process," Judge Tiffany Ankley said.

The findings were based on a two-hour interview with a psychologist from the Department of Health and Human Services.

"They'll also look at any prior mental health history that may impact on their decision making," said Jeff Getting, Kalamazoo County prosecutor.

The seven-page report gives us insight into his past. He is an only child with no prior behavioral or health problems he even has a degree in law enforcement.

As to his current mental state, the psychologist asked if he knew what a guilty plea is and he said "I don't know" but the psychologist wasn't buying it, determining that he was downplaying his intelligence.

Dalton's interview with the psychologist doesn't dip into the specifics of the case, but when he was asked about getting special messages from the TV, he said quote:
"Not the TV or radio but my telephone seemed peculiar; I don't know how to describe it."

He went on to say: "I thought I was hearing voices. I guess it would be when I was doing the taxi service."

Kalamazoo police say he told a similar tale during their initial interviews, Dalton claiming that the Uber app was controlling him.

It possibly gives us a hint at the direction the defense plans to take in this case.

Just because he was found competent to stand trial doesn't take the insanity defense off the table that may still come into play later." 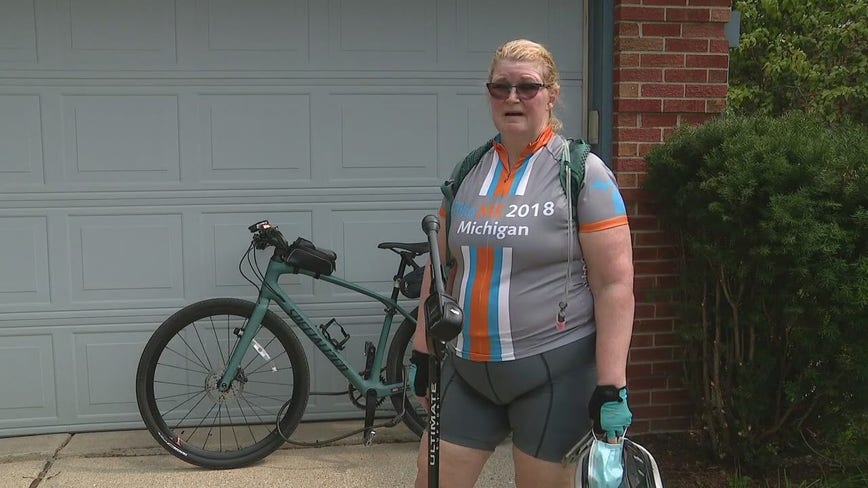