FOX 2 - Workers at Kellogg’s cereal plants in cities that include Battle Creek, and thousands of John Deere workers have walked away from their jobs to strike.

"There’s no doubt that there’s a lot of pent-up frustration in the workforce," said Marck Masters.

Masters, a professor of business at Wayne State University, believes contract disputes over items which include low wages, are driving this worker stoppage.

"We could see a growing militancy on the part of some workers because they are tired of the cumulative effects of declining wages, they see inflation on the rise, and they see the devastating effects of the pandemic, in terms of lost businesses and jobs," he said.

These labor strikes come as employers find it challenging to find workers. It’s a climate that could work to benefit workers in their fight for change.

"Keep on pushing for higher wages and realize that they are the driving force of the economy," Masters said. "Their pensions and consumer power is what really drives this economy."

"They’re going to have to pay a lot more attention to addressing the real concerns of their workers and providing them as much security and opportunity as possible," he said.

As more unions decide to authorize strikes this year, Professor Masters says there were even more labor strikes 50 years ago.

"Take 1971, there were 285 strikes in that year involving 2.5 million workers," he said. "We have had a decline in the number iof major strikes over time as the labor movement has declined."

But workers' frustration has not declined.

"I think we’re in for a very volatile time period over the next several months," Masters said.

As strikes continue, what could this mean for the economy and the consumer? Masters says supply chain difficulties will continue. 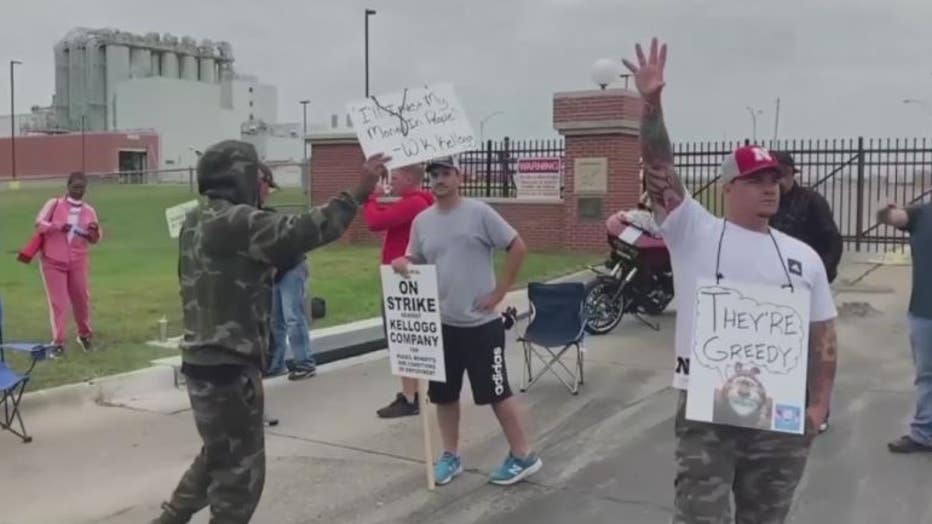 "Higher prices and buyer shortages, they go together," he said. "What we’re going to see right now is people’s real income adjusted for inflation going down, and they’re going to find it harder to make ends meet and gasoline prices going up.

"For most people operating paycheck to paycheck, they can’t afford this."