DETROIT - A man that Detroit police believe is tied to six separate homicides has been found.

Kenyel Brown, the man identified as a person of interest in murders in multiple cities, including Detroit, Highland Park, and River Rouge, was at the center of a citywide manhunt this weekend.

DPD sources report he was found with a self-inflicted gunshot wound. He is in critical condition.

"This has been an ordeal really since February when we really ramped up our investigative work," said Police Chief James Craig during a news conference.

Craig said Brown was first spotted by a book store clerk around 1:30 p.m. on Monday. After police responded, Brown reportedly left the location, heading toward Eight Mile in Oak Park. After a K-9 search, they saw him and he started to evade police and jumped a fence in the yard of a home.

He allegedly fired a single shot into his head. After police found him, first responders initiated life-saving measures. Medics lost a pulse multiple times and had to bring him back. He is now being treated at a local hospital and his status is listed as "extreme critical".

Kenyel Brown, the man police believe is tied to six separate homicides around Metro Detroit, was taken to a local hospital Monday after he shot himself in the head while fleeing police during a citywide manhunt.

Dozens of police officers and squad cars were spotted at a busy scene near Coolidge in Detroit later Monday afternoon.

On Feb. 20 in Detroit, police announced Brown was a suspect in a homicide reported on Eight Mile inside a business.

Teh 40-year-old suspect was announced by U.S. Marshals as a person of interest Friday morning at a news conference. 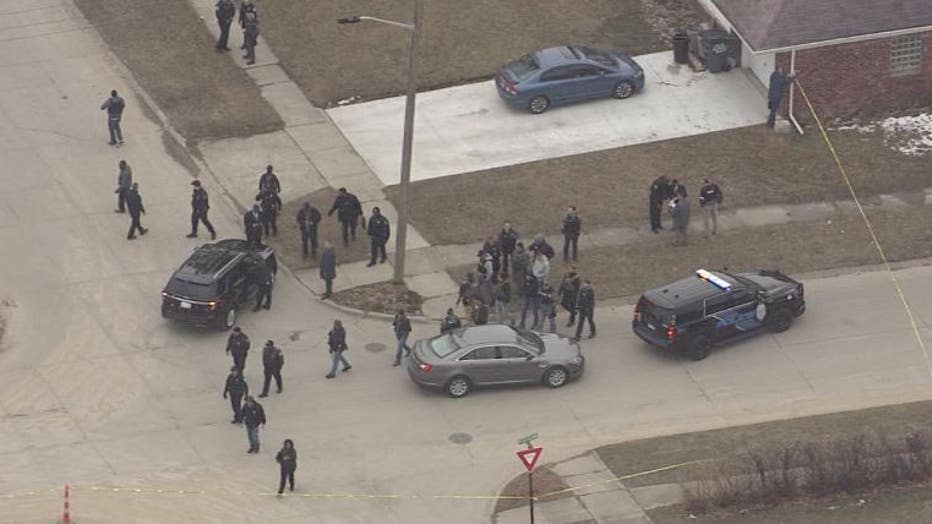 Stay with FOX 2 as more details come in.