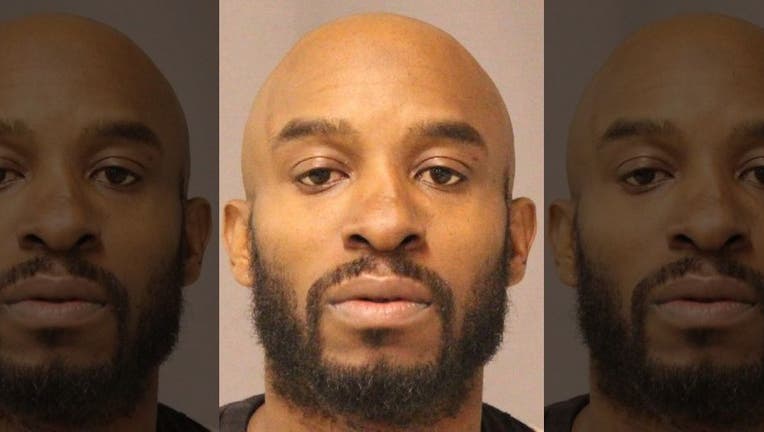 DETROIT (FOX 2) - Authorities say a man wanted by U.S. Marshals for a triple shooting in River Rouge last month is also now a person of interest in a Detroit homicide Thursday night.

A shooting happened around 11 p.m. Feb. 20 in the 16000 block of Eight Mile Road. Police found a 41-year-old man had been shot dead inside the business. Family has identified the man as Amir Faxton, owner of a custom T-shirt shop and a father of two young children.

Police haven't given any other details yet about the shooting, but Detroit Police and the U.S. Marshals said Friday morning at a news conference that 40-year-old Kenyal Brown is a person of interest - who was also listed as wanted by the U.S. Marshals earlier this month.

A man wanted by U.S. Marshals for a triple shooting in River Rouge last month is also now a person of interest in the murder of a 41-year-old man in Detroit.

Brown was last seen in a 2008-2012 black Dodge Caravan that was taken from the Detroit murder scene. The vehicle is not registered to Brown.

If you believe you see Brown or the vehicle, call police.

Authorities have already been looking for Brown for several weeks, after a triple shooting on Jan. 30 in the 500 block of Beechwood in River Rouge. A 52-year-old man and a 48-year-old woman died in the shooting and the third person was critically injured.

Authorities say Brown has a long criminal history involving drugs and weapons. He is considered armed and dangerous.

Brown has two active felony warrants out for his arrest. He's also suspected in another shooting in River Rouge, which authorities didn't elaborate about.

They did say they believe all the cases seem to be money- or robbery-related.

"Every day he's out there is a risk or a threat that somebody else could get killed out there," said Aaron Garcia with the U.S. Marshals.

Authorities released a photo of Brown. If you know where he is or have any information on his whereabouts you're urged to contact the U.S. Marshals Service 24 hour tip line at (313) 234-5656 or call Crime Stoppers at 1-800-SPEAK-UP.

A $10,000 reward is now being offered for information that leads to his arrest.

"The River Rouge Department of Public Safety has valid warrants for two homicides Kenyl Brown committed in River Rouge.  He is also a suspect in a third homicide that we cannot discuss because it could jeopardize that case.

"As you know the U.S. Marshals and our department are actively looking for him. As seen by today’s homicide in Detroit, Brown is very dangerous and needs to be taken into custody immediately.   Everything is being done to apprehend him.

"Any information we receive on his location will stay anonymous."