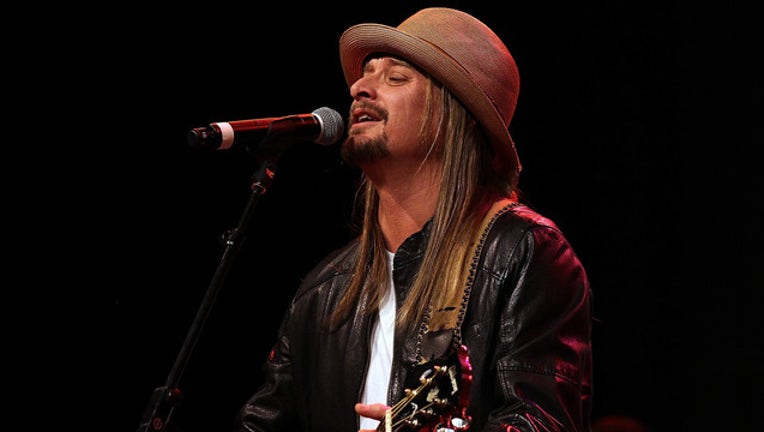 After months of speculation, Kid Rock has told the entire world that he's not running for Senate on the Howard Stern Show, and wonders why people couldn't figure it out.

This comes after a summer where Kid Rock, aka Robert Ritchie, fueled speculation on his website kidrockforsenate.com. He launched the site and even sold hats, shirts and yard signs. He confirmed the website was his on Twitter but didn't offer any other information.

The following day, he wrote a scathing message to the 'media' saying "Once again the press is wrong". He said that, even though his site was on the Warner Bros. domain, he is not under contract with Warner Bros. Here's the full letter.

"Once again the press is wrong. First of all, I’ve got 15 days from my announcement to file paperwork with the FEC! Second, I’m not signed to Warner Bros!!! - which simple fact-checking would have revealed. I have recently worked out a unique deal with BMG, Broken Bow, CAA and Live Nation to release music ON MY TERMS. Like politicians write books during their campaigns, I'm planning on putting out music during mine and IT ALL STARTS TONIGHT AT MIDNIGHT. It's not a hoax, it's a strategy and marketing 101! No plans for an album or anything else that has been the usual norm in the music business OR politics…..and…..

Senator Stabenow and I do share a love of music, although probably not the same kind. I concede she is better at playing politics than I am so I'll keep doing what I do best, which is being a voice for tax paying, hardworking AMERICANS and letting politicians like her know that We the People are sick and tired of their bullS***!

“I am the captain now.” #fakenews #kidrockforsenate #kidrock #podunk #greatestshowonearth"

Back in February, RollCall.com reported that Kid Rock was being eyed to run on the GOP ticket in Michigan. A rep for the Michigan Republican Party told Fox News that, as far as she knows, no one has reached out to him, but she thinks it would be a great idea if someone did.