FOX 2 - Last Friday indications were that Kwame Kilpatrick would be released to serve the remaining 21 years of his 28-year sentence at his mother's house in Atlanta.

But late Tuesday night the Federal Bureau of Prisons issued a rare statement saying that inmate Kilpatrick's case had been reviewed- and the request for home confinement - denied.

Last Friday indications were that Kwame Kilpatrick would be released to serve the remaining years of his federal sentence under home confinement but all that changed last night.

"The wardens did switch. I do know that many stakeholders including family members, expressed that he was granted home confinement," said Rep. Sherry Gay-Dagnogo.

Dagnogo and various news reports indicated that the warden at Oakdale prison, Rodney Myers, where Kilpatrick is staying, was transferred to another prison on Friday. Yet, there was no reason given as to why.

Sources indicate that at least eight people have died from the coronavirus at Oakdale.   However, some say the ex-mayor should stay in prison.

Yatooma sued Kwame Kilpatrick alleging that he had something to do with the death of exotic dancer, Tamara Greene better known as Strawberry.

Although there was never a criminal case involving Kilpatrick in Greene's death, and the civil case brought by Yatooma was thrown out by the judge.

In a statement to FOX 2, Daniel Ferguson, Kilpatrick's ex brother-in-law, says that he is bewildered, but "knowing the system and the Bureau of Prisons, the new warden is probably doing his due diligence. I'm hopefully confident he will release (Kilpatrick) and the warden at Elkton (Ohio) does the same for my cousin Bobby."

His cousin is former city contractor Bobby Ferguson who was sentenced to 21 years in the Kilpatrick case.  Both prisons have been plagued with coronavirus.

"We don't allow people who are not on death row, to serve a death sentence," Dagnogo said. 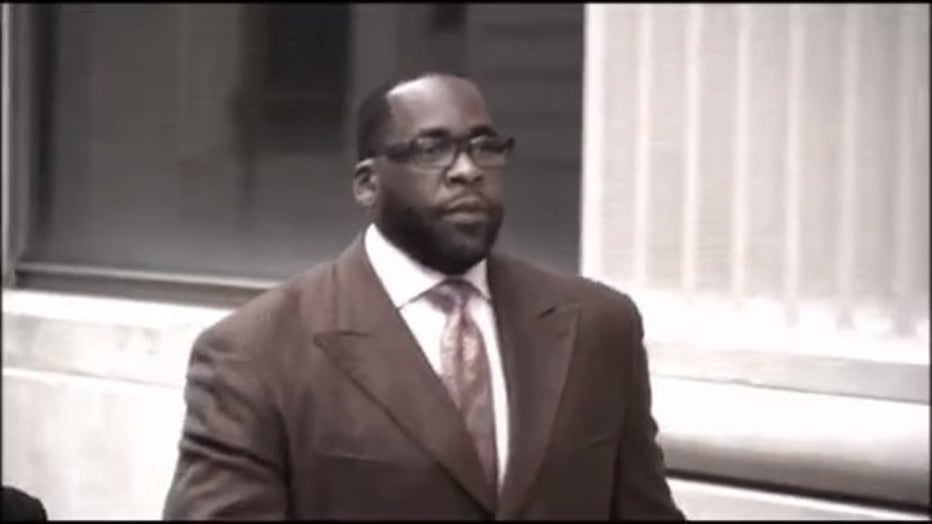