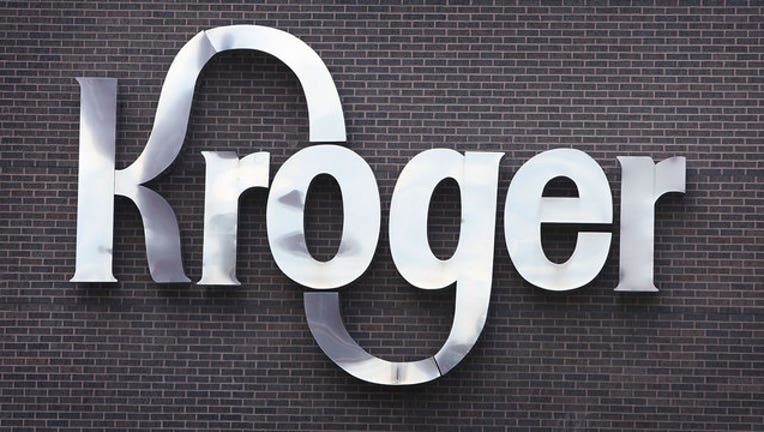 A sign identifies the Kroger Co. corporate headquarters July 15, 2008 in downtown Cincinnati, Ohio. Kroger is one of the nation's largest grocery retailers, with fiscal 2007 sales of over $70 billion. (Photo by Scott Olson/Getty Images)

(FOX 2) - Kroger supermarkets is recalling shrimp products in Michigan stores after finding they may not have been fully cooked.

The grocery store giant announced in a recent statement that nine of its pre-cooked shrimp products may be undercooked, “which could result in contamination by spoilage organisms or pathogens.”

Kroger urges customers who purchased the affected products to not eat it and return it to the store where they purchased it for a full refund.

Eating undercooked or raw seafood can put consumers at risk of developing a foodborne illness. In some cases, raw or undercooked seafood like shrimp may contain Salmonella bacteria, according to the Mayo Clinic. The bacteria can lead to a Salmonella infection.

The infection - which typically lasts two to seven days, according to the Mayo Clinic - can cause symptoms including vomiting, abdominal cramps, chills, fever and diarrhea.