STERLING HEIGHTS, Mich. (FOX 2) - Macomb County was once considered the land of Reagan Democrats, but in 2016 it was the land of Donald Trump where he bested Hillary Clinton 54-42 and took the state. Lara Trump in Sterling Heights Tuesday night to try and keep it that way in 2020.

Lara Trump is not only President Donald Trump's daughter-in-law, she's a senior advisor to the campaign. She feels confident Trump could win again in Macomb County.

"Donald Trump made a lot of promises. No one knew how he would be as a president, no one knew if he would actually accomplish anything. He has made so many great accomplishments for the American people," she told us.

FOX 2's Hilary Golston spoke more with Lara Trump after her event about the USMC and the impeachment inquiry. You can hear their interview in the video player above. 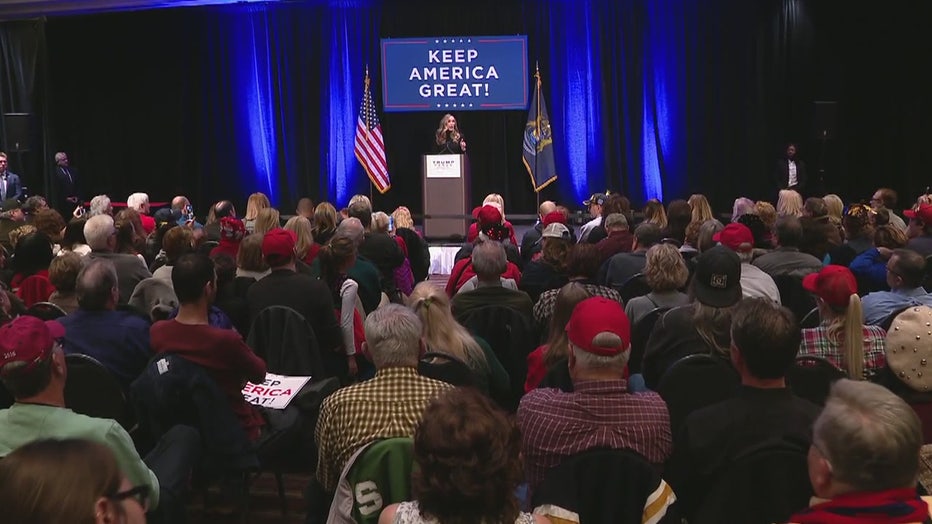