Did University of Michigan have just cause to terminate Mark Schlissel?

An attorney said the University of Michigan Board of Regents may not have had just cause to terminate President Mark Schlissel. The board voted to remove the president during a closed session Saturday.

ANN ARBOR, Mich. (FOX 2) - A lawyer said that while University of Michigan President Mark Schlissel violated school policies, there may not have been just cause to fire him.

The University of Michigan Board of Regents voted to remove Schlissel during a closed door meeting Saturday, citing an inappropriate relationship with a staff member.

MORE: U of M removes president due to inappropriate relationship with employee

Schlissel, who is married, is accused of having a relationship with an unnamed female subordinate. These types of relationships are against university policy, even when consensual.

The board said it found out about the alleged affair from an anonymous tip in December and released emails dating back to 2019. These emails included flirtatious and sometimes sexual messages, and the exchanges indicated that Schlissel and the employee had spent time together.

An investigation into the relationship between the University of Michigan president and a subordinate employee has ended with the firing of Mark Schlissel prior to the end of his term as head of the school.

"Going through those emails, it's like two lovesick puppies going back and forth for years," attorney Jennifer Lord said.

Lord specializes in sexual harassment. She said that based on the emails released, Schlissel may be able to make a case against the university.

"This does not feel like a termination for just cause, and I think the university could be on the hook for the remained of his contract," she said.

She noted that the board has a duty to hold meetings like the one that led to Schlissel's firing publicly.

"There was no notice of even a closed door session, so I just find it all very, very unusual," she said. 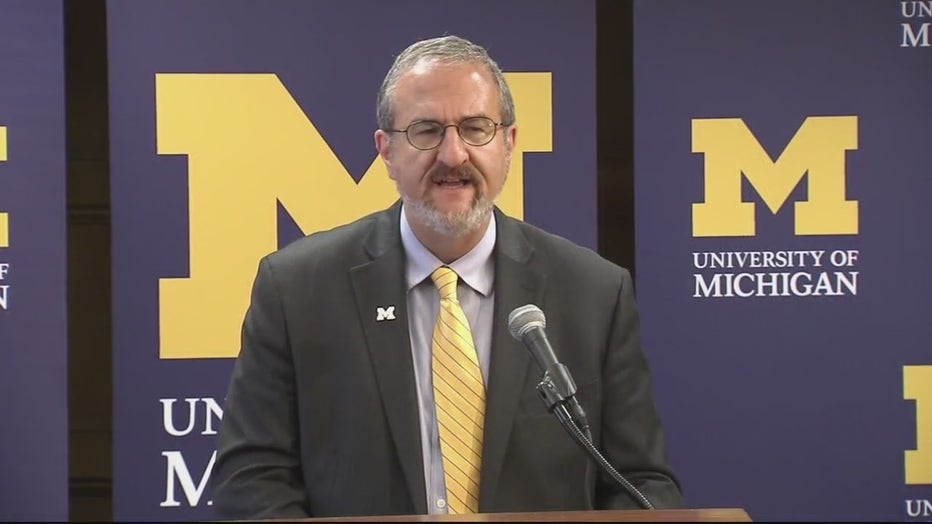 The allegations against Schlissel follow eight sexual misconduct cases involving UM faculty in recent years. Including Schlissel No. 2 – Provost Martin Philbert, who was fired in 2020 for harassing at least 8 women during his tenure. This doesn't include the hundreds of complaints against now-deceased Dr. Robert Anderson, who was accused of sexually assaulting athletes for about 40 years.

Schlissel has 30 days to vacate the university's President's House.

No one from the board would speak on camera, and there are no public press conferences scheduled.