DETROIT (FOX 2) - Late Friday afternoon there was a very long line outside US Ice on Eight Mile in Detroit.

Everyone there was still without power after Wednesday night’s storm, all waiting to buy dry ice and all hoping to keep their food from spoiling.

As power outage drags on, lines were long for dry ice

Employees at US Ice were selling dry ice as fast as they could scoop it up and bag it.

"I came here early this morning, they didn’t have any dry ice so I got some regular ice," said Malikah Clark. "Then I called and they said some came in, but the line was around the corner. I said, I don’t care I’m still going to come."

Employees are selling it as fast as they can scoop it up and bag it up.

"I don’t think anybody could really be ready for this," said Isaac Abbo, US Ice manager. "It’s something that nature just throws at you. You have to roll with the punches after the fact."

Clark is not only frustrated but also confused. She lost power 24 hours after the storm - and it’s not coming back anytime soon. 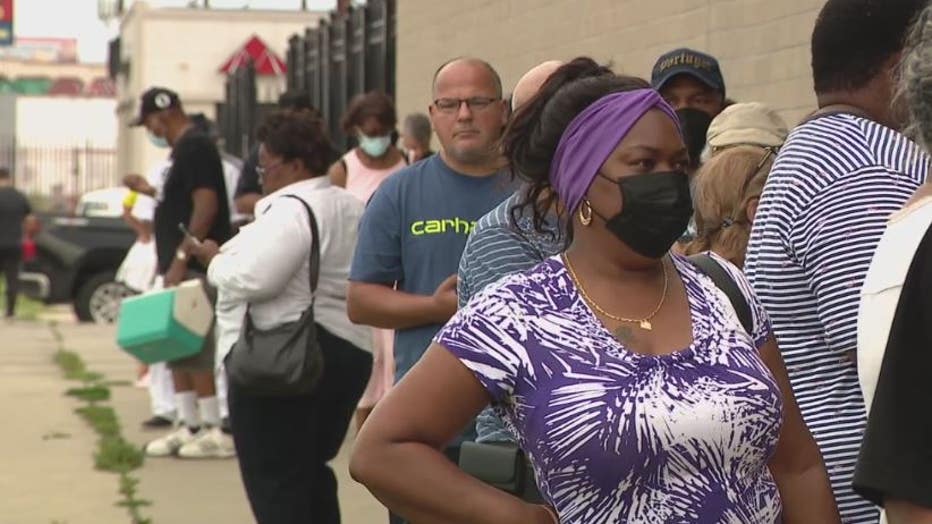 "They said no power until Sunday and I have three refrigerators," said Jackie Green. "So I really don’t know."