DETROIT - Steve Bolton wasn't born in Detroit. But since moving to the city two years ago, he's been looking for a way to make an impact.

"I can't always help everybody, although I want to. So how could I make a change and leave my imprint on Detroit?" asked Bolton.

It's a fitting question, considering imprints is what Bolton specializes in - sorta. Bolton is a runner. He loves to run and after identifying the big gym shoe culture the city wears, he came up with an idea: Sole Changers.

That's not a typo - merely a clever pun. Sole Changers is seeking to gift shoes to the impoverished residents of Detroit.

Since moving to Detroit two years ago, Steve Bolton has been seeking a way to leave his imprint on the city. He found a way through Sole Changer, which donates shoes to impoverished members of Detroit.

"If I expect Detroit to embrace me, I have to also embrace Detroit so with the poverty issue happening and with homelessness as such an issue downtown, let me help the kids who are homeless," Bolton said. "Let me offer some support, let me motivate them."

Using his expertise as a runner, Bolton's been working with Run 313 - a running group that meets every Tuesday, Thursday, and Saturdays to run through the city. With the goal of someday partnering with a non-profit, Sole Changers collects gym shoes and delivers them to the homeless or anyone in need.

Their youngest and fastest runner - junior Olympic Champion Anyla Robinson - has already donated a pair of sneakers to the cause.

"I was taught that it is better to give than to receive," Robinson said. "I feel like everybody should get a chance to get what they want from life."

The program initially started as a way to stay in shape. It's morphed into a family, a fellowship, and hopefully a vehicle for making a difference in the city. 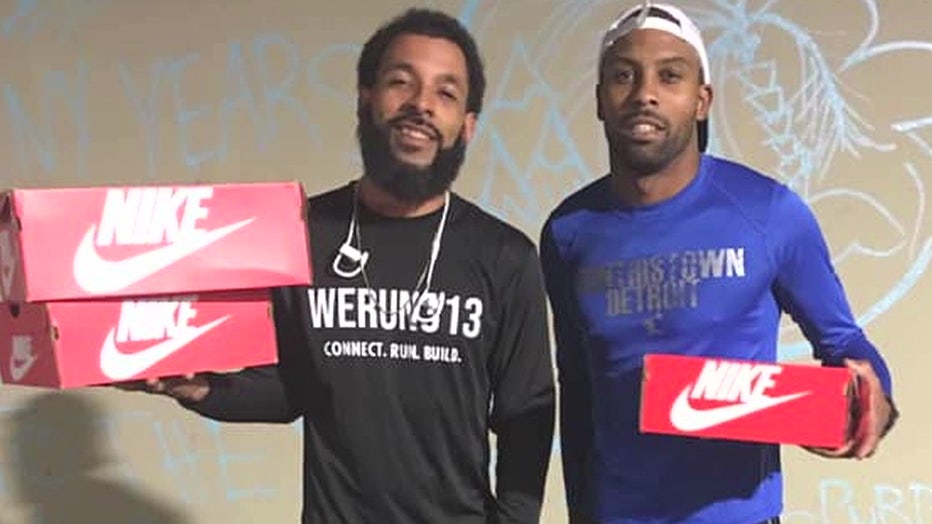 Each gifted pair of shoes comes with socks and some words of encouragement.

You can get in touch with Bolton at solechangersusa@gmail.com and learn more at their Gofundme.