Longtime Detroit restaurant forced out by landlord after 50 years

After more than 50 years in Eastern Market, the original Louisiana Creole Gumbo is being forced to close after the landlord told the business they're selling the property.

DETROIT (FOX 2) - Throughout the month of February, FOX 2 has been featuring Black History Month related stories and we went to Louisiana Creole Gumbo on Gratiot to feature Joe Spencer. The plan was to tell the story of one of the oldest Black-owned restaurants in Detroit. But that all changed.

Spencer owns Louisiana Creole Gumbo, which has three locations, including the one on Gratiot. But we met him at the store in Farmington Hills on Orchard Lake. That's where he told us what was happening at the original location.

"Unfortunately, our landlord has decided after 50 years of being located on Gratiot that he wants to sell the building and he told us we have to go. We are kind of upset about it as we try to figure out what to do," Spencer said.

No matter what, the restaurant will find a way into another space in the Eastern Market area to continue the storied tradition. But that doesn't stop his concerns about gentrification and how it's crushing small businesses like his.

"This whole gentrification thing is really unfair. Especially for people who have held on for this property, we’ve carried this property, we paid for it more than once, twice through the years. We have paid rent, we’ve been a good customer to him. But, he didn’t want to sell to us, although we made an offer to sell to buy it," Spencer said.

Even with the looming closure, Spencer plans on expanding this brand.  It’s a recipe that is more than a hundred years old. Born in Louisiana, the restaurant has roots in the D.

"We have plans at some point in time there will be at least a half dozen restaurants, in the Metro Detroit area," he said.

Spencer was a television executive at WGPR and is now preserving the history of the nation's first Black owner tv station. Preservation is important to him and is hoping it’s something that can be done with this staple on Gratiot that holds bold flavor and so much history.

"We’ve been there a long time, we’ve invested on that corner when nobody else would come. Many times we were the only thing that was open and we’re in that area, and many times people came because of the food. And we really hate that this is happening, that we are being pushed out," Spencer said.

The owner of the building told FOX 2 that he tried to make a deal with Spencer but they couldn't work anything out. 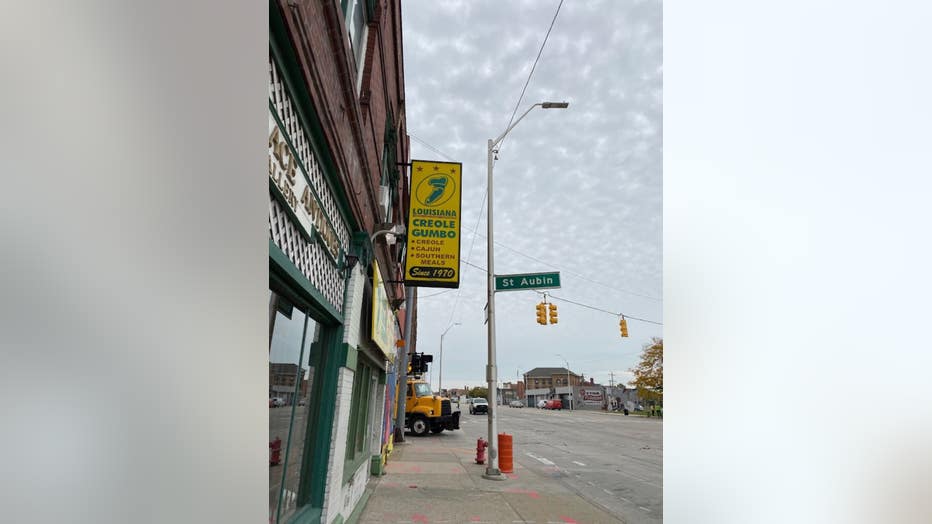