A man who has received a liver, kidney, and two lungs hopes that more people sign up to be organ donors.

Bailey, who is now 36, also received a kidney and liver transplant five years ago after battling cystic fibrosis his entire life.

After he received his new organs, he made it his mission to raise awareness about organ donations and lung disease.

"It's an honor to carry these lungs. It's been a privileged 10 years that I've gotten, and hopefully I can keep giving back," he said.

But now Bailey is struggling and his body is rejecting the lungs. 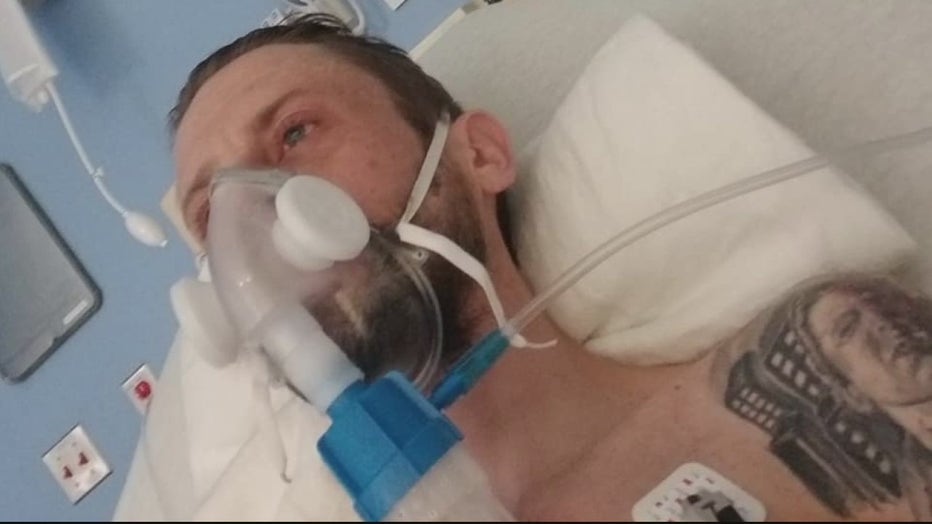 "I'm fighting for air. You can tell in my voice just trying to catch my breath," he said. "Just moments ago I was kind of on my hands and knees trying to just relax and breathe."

He caught double pneumonia and shingles in December. Then, his body started rejecting the lungs.

"I've been in rejection I would say 4-6 months, realistically since December," Bailey said.

Bailey will go back to the University of Michigan, where he received his first double lung transplant, for tests and an evaluation to see if he is a candidate for new lungs.

"Hopefully the doctors will get me on that list and get my chance. That's all I want is to be on the list," he said.

Right now, 2,500 people in Michigan are waiting for an organ right now. Bailey hopes his story will encourage more people to register to be organ donors.

He also hopes that people will sign up for the Fight for Air Climb in Detroit. Bailey won't be able to attend the May 23 event, but he said he'll be back.

"Please tell everyone I'm there spiritually, and I plan to be back," he said.

Click here to become an organ donor and sign up for the Fight for Air Climb here.