RAY TWP, Mich. - A Macomb County dispatcher was killed Tuesday morning in Ray Township when an oncoming SUV hit a deer and the animal then flew into her windshield.

Erika Ladas, 28, was identified as the only victim of the crash that happened on North Ave and 31 Mile around 7:20 Tuesday morning.

According to the sheriff's office, Ladas was driving her Ford 500 north on North Ave when an oncoming car hit the deer. The animal flew into the other lane of traffic, hitting Ladas' car in the windshield.

Her car then went off the road and into a tree. Ladas was taken tot he hospital where she died from her injuries.

Ladas was hired in January of this year by the Macomb County Sheriff's office to work as a dispatcher. Sheriff Anthony Wickersham said she made an impact in the nine months she was there.

"Erika was an asset to the Macomb County Sheriff’s Office in her short time here. She was a part of our law enforcement family. She worked diligently in dispatch to provide public safety to citizens in need. Our condolences are with her family," Wickersham said.

The driver of the other car, a 40-year-old woman from Armada, was not hurt. 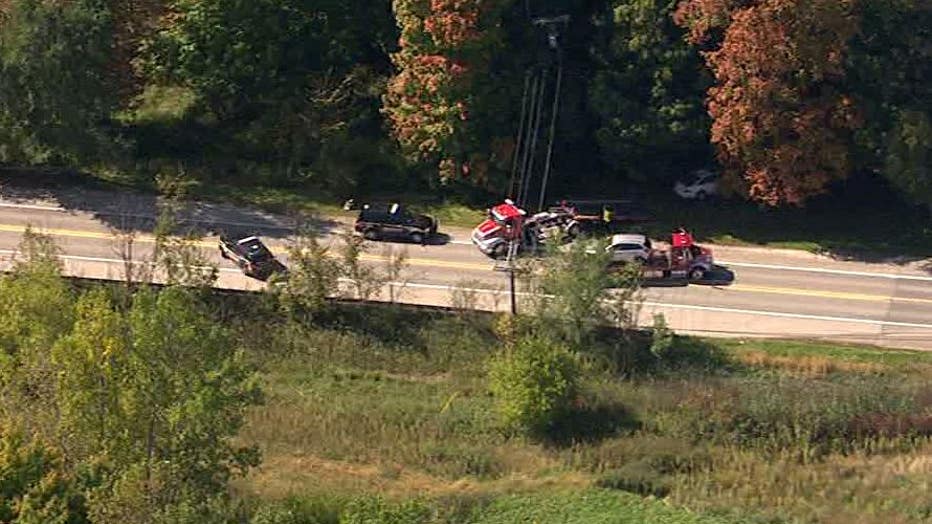 A Macomb County dispatcher was killed when a deer flew into her windshield after it was hit by an oncoming car. (Image: FOX 2 Detroit)