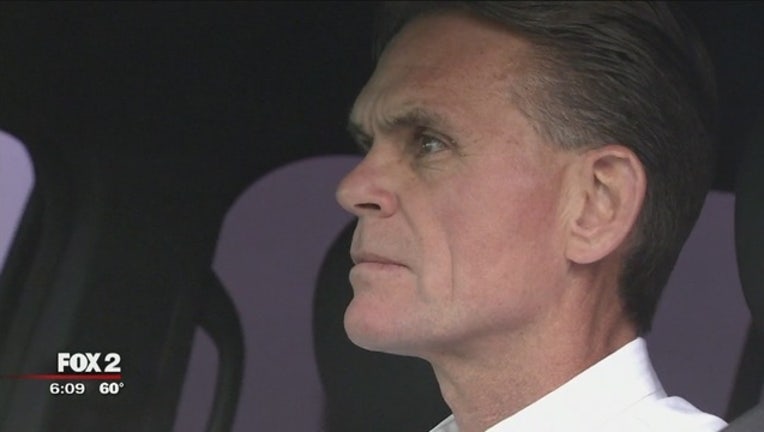 Hackel's gun was inside his locked car at his Macomb Township home Saturday morning when he said someone broke into his car and stole his personal weapon in the armrest of the car.

"One of my neighbors, as I went to the gym, sends me a text saying, 'Hey some of our cars in the neighborhood were riffled, did you notice anything on your cameras,' because they know I have cameras. I didn't think about it and all of a sudden I'm coming out of the gym and I look in the console, because I remember I keep my gun in the console there, and all of a sudden I look and it wasn't there," he said. "It's the first time I've ever been a victim of a crime," he told WWJ.

Hackel said his surveillance system captured the thin man wearing a hoodie as he nonchalantly browsed between his car and his wife's car. Hackel said his car was locked at 4:20 that morning but said the thief had a way to remotely get inside the car.

"The interesting thing in watching the video is how he got into that car, and it's pretty obvious that there's something that they're using now where they can actually walk up to the car -- he took a few seconds but he remotely opened the car. All of the lights interior, exterior went on. Then he went back, opened up the door and got inside," he said. "I mean, I was just stunned sitting there watching it going, 'What does he have and how did he do that?' So there's technology out there apparently that allows people to do that."

Hackel owns multiple guns and says he did not break any laws by leaving it in his car. The theft is still under investigation.