DETROIT (FOX 2) - Colleges and universities are turning to virtual commencement ceremonies during the COVID-19 pandemic, and this semester Wayne State University is also paying special tribute to three students who died before graduation.

Darrin Adams, Dwayne Carrero-Berry and Bri'Jon Moore received degrees in the College of Liberal Arts and Sciences and were acknowledged during the university's virtual graduation celebration on Wednesday.

Adams was 53 when he died from COVID-19 earlier this month. We talked to his family about his dedication to his education.

"He was fighting for his life," his cousin James Brown told us. "He was like, 'Man, I'm down here at the hospital sick. I got double pneumonia and it's from the coronavirus.' And I heard the fear in his voice."

Adams was awarded a Bachelor of Arts degree in sociology. While he studied he worked as a Wayne State custodian for nearly six years.

"Being an employee there it also allowed him to get a free education," Brown said. "When I talked to him that's all he was doing, was just working all the time. Just doing papers or going to work or at school on Saturdays. Sometimes he would work two jobs and be going to school."

Adams, we're told, was tenacious, a tough questioner and someone who wasn't afraid to show off his WSU Warrior pride.

Adams also participated in the AmeriCorps Urban Safety Program and helped board up more than 200 abandoned houses. He leaves behind a son and daughter. 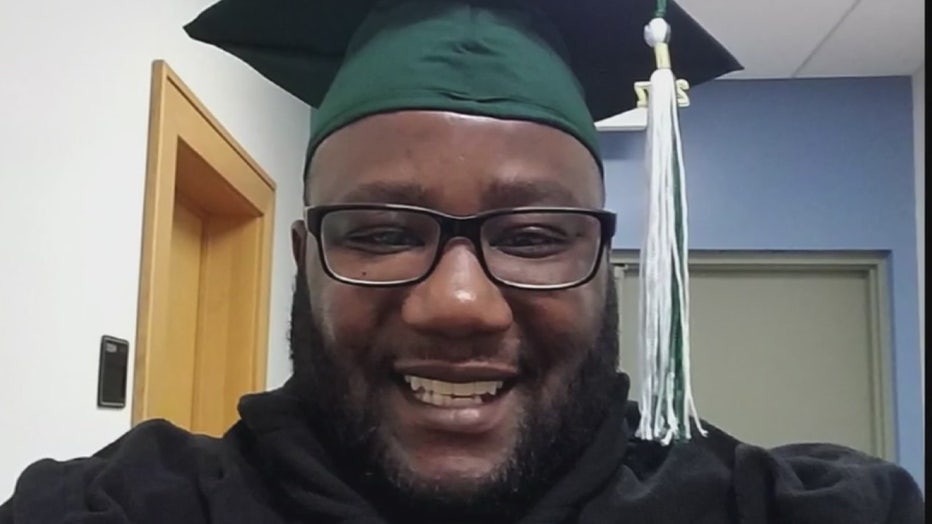 "Just a hard-working role model. He inspired a lot of different people, including me," Brown said.

The ceremony Wednesday was a virtual coming together for all students who've been putting in the work to earn a degree.

Wayne State says the virtual ceremony won't take the place of the in-person commencement, details on which are still being worked out.