REDFORD TWP., Mich. (FOX 2) - A man accused of throwing a firebomb in a woman's face outside a Redford Township Coney Island has been charged.

Will Helmer, 63, was arrested on Tuesday by US Marshal Task Force in Detroit on the city's west side. He's now facing assault with intent to murder and aggravated assault.

A man accused of throwing a firebomb in a woman's face outside a Redford Township Coney Island has been charged.

Dorothy Spinnela was leaving work at a Coney Island in Redford around 8 p.m. Saturday when the 62-year-old woman was attacked. The family says someone told her to come outside and as she left through the back door, an object was thrown at her.

RELATED: Man arrested for launching firebomb at woman in Redford, leaving her in a coma

Her son, Bryan Morrissey, said a man threw a bottle at her that burst into flames and she began screaming. Police say Spinnela was severely injured and is now in a coma, fighting for her life.

"Monsters do that," he said.

Spinnela's niece, Anita Deming, said her entire head is burnt and she is  "unrecognizable."

"When she comes out of this she will never be the same," she said.

Morrissey said she has over 40 percent burns on her body -- arms, back, face, neck, even her lungs. He says this happened as his mom was recently diagnosed with cancer but was not giving up hope that she still had time to turn her life around. 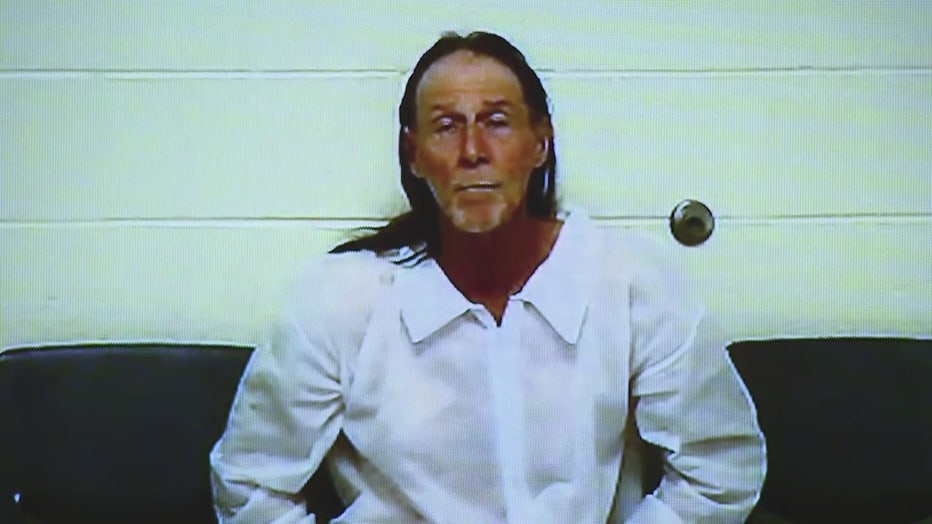 A quick search for Helmer shows extensive trouble with the law, including doing time for manslaughter, assualt with intent to do great bodily harm, robbery, weapons charges, fleeing police, and more.

His bond was denied and he will stay in jail until his next court date December 3.

The family has set up a GoFundMe as they pull together resources for Spinella's care, donate here.