DETROIT (FOX 2) - Detroit Police say they caught up to and arrested the man responsible for dumping construction debris in Detroit. They also said he was dumping his trash from a site in Dearborn.

FOX 2 was called by neighbors who were fed up with the growing mountains of debris that kept showing up in a lot at Schaefer and Chicago. That was in early September.

Detroit Police said they identified a man responsible for dumping piles and piles of construction garbage in Detroit.

The illegal dumping was insulting to the people who live nearby.

Police arrested Ali Saad and say he's the one responsible for dumping concrete, tree limbs, asphalt, and crime tape on the lot. Investigators said Saad was working on building a garbage enclosure in nearby Dearborn.

They said he transferred the garbage across the city line and dumped it in Detroit.

"We're gonna turn over every stone that we can to find individuals who are involved in this type of activity and, in this particular case, we did," Detroit Lt. Rebecca McKay said. "This individual was fined $3,500 dollars. His vehicle was impounded and held until he paid a bond to get the vehicle out and then a warrant was issued for his arrest and he has a trial date set for a couple of months out." 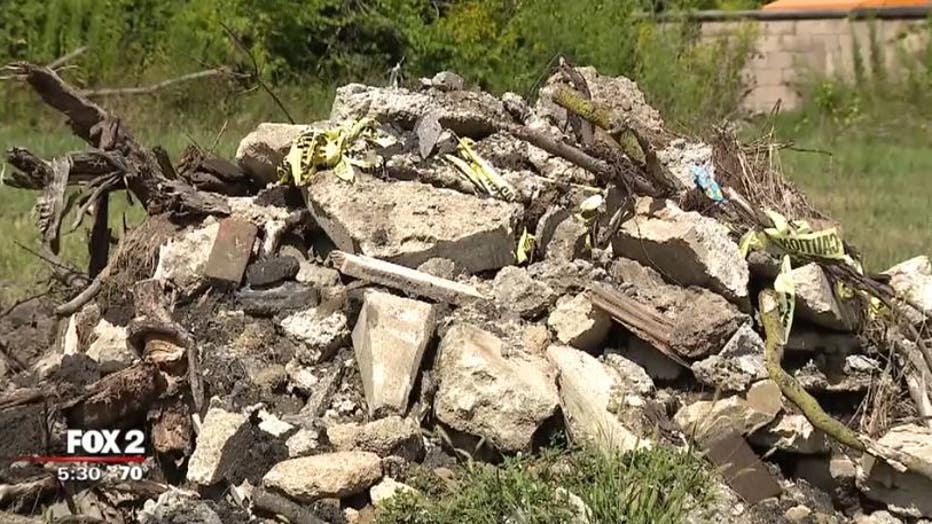