A man renting a vehicle from Detroit Metro Airport had two issues -- first when a tire popped, then when a loaded gun was found in an SUV rented to him.

ROMULUS, Mich. (FOX 2) - To say that Tay's road trip from Detroit to Chicago got off to a terrible start would be an understatement. But he's definitely looking back and wondering how exactly he could have such terrible luck of having a blown tire as he got on the highway only to then have a car with a loaded gun left in it.

Tay rented a car from Budget at Detroit Metro Airport and prepared to hit the road west for Chicago. Before he could even get onto I-94 though, he already had a pretty big problem.

"The passenger side tire popped before we got to the 94 ramp," Tay said.

So, he limped that car back to Budget, and they gave him another car. Then the Budget employee let him know that he moved his gun. Wait...what?

"He was like I hope you don’t mind I had to move your loaded gun. I was like what?," Tay said. "It’s like...it’s that easy to get a gun? You can just rent a car and there is one inside?" 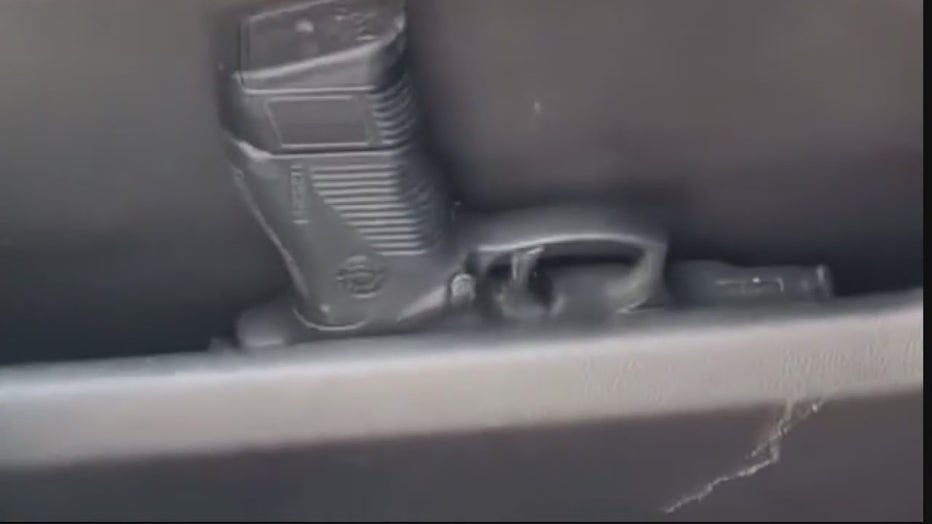 Tay says the car clearly was not inspected before they handed him the keys. Airport police were called and confiscated the gun. Tay says it could have been much worse.

"There is a lot of what ifs. Like what if we had kids in the car?" he said. "It’s from the rental company. It was just a complimentary gift from Detroit."

Strangely enough, this isn't the first time a loaded gun has been found in a Budget rental. Back in 2018, the same thing happened to WWE superstar Shelton Benjamin when he rented a car at a Budget in Arkansas. He drove around with it unknowingly for four days.

Tay says, if you're renting a car, take pictures, document everything, and give the inside of the car a solid search.

"You might a find a gun, money, cocaine, crack, a dead body somewhere. Especially coming from low Budget companies like Budget," he said.

Tay says the manager did apologize and gave him a discount. But that was about it.

We reached out to Budget’s corporate team. They said they're looking into the situation.

After FOX 2 reached out to Budget, he will get a full refund.