CLINTON TWP., Mich. (FOX 2) - A 26-year-old man was found guilty of first-degree murder in the deaths of his sister and her boyfriend, whose bodies were found in trash bags in a Clinton Township shed last August.

Warning: The information in this article can be considered graphic. 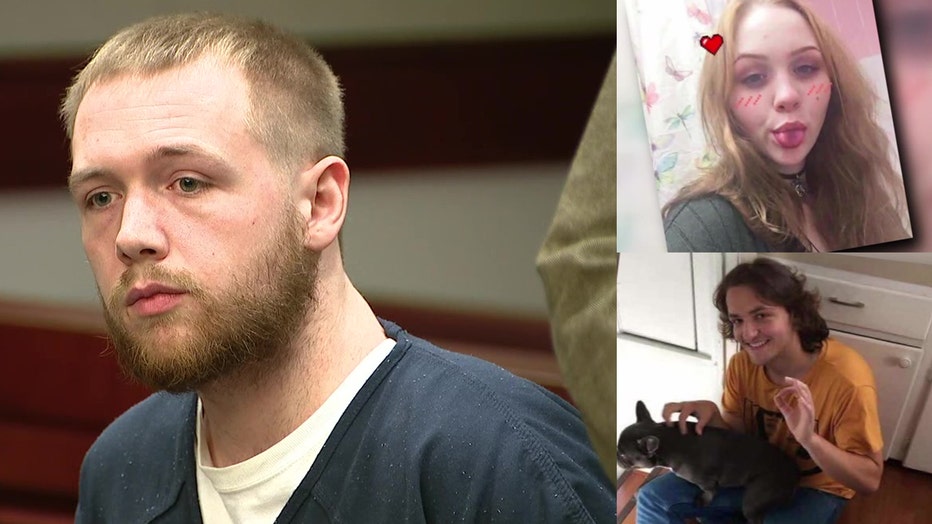 Police say Kevin Marzejka, the defendant's brother, found the bodies of their sister 18-year-old Danielle Marzejka and her boyfriend, 19-year-old Seren Bryan, stuffed in garbage bags in a shed behind their mobile home at Rudgate Clinton Mobile Home Village, near Groesbeck and 16 Mile Road.

Officials say the trial lasted five days. Deliberations began at 2:55 p.m. Friday and the jury returned with a verdict 38 minutes, finding Robert Marzejka guilty of two counts of first-degree, premeditated murder. He faces up to life in prison.

In court back in March, Kevin Marzejka testified that Danielle and Seren had been missing for three days when Kevin was lead to the backyard shed due to a foul odor. He said in the back of the shed, he found thousands of flies — and some trash bags.

Danielle's father tore open a bag and found a body. Police determined Robert Marzejka had bludgeoned the victims with a hammer, which was found in a bag with bloody pillows, bedding and a roll of tape.

A medical examiner determined the victims were suffocated with duct tape used to bound and gag them. Their skulls had been crushed.

"(Danielle) has a black trash bag around her head. It appears that her wrists had been previously taped to her ankles," said Det. Jay Anderson with Clinton Township police testified in court.

Though Robert tried to clean up, detectives say they used blood detection spray to find evidence and discovered every wall of Danielle's room had blood on it.  Police found more blood-stained items shoved in the back of Robert's room, including clothing and towels.

Robert fled the area after the murders but police located him three days later in Cincinnati, Ohio. Detectives say he was wearing a long, blonde wig and a hat on, and sunglasses over his hat when they found him.

Defense attempted to claim insanity. A family member says Danielle and Robert's mother died of an overdose in 2011, and that's when Robert "snapped." Police say he had previously been diagnosed with bipolar disorder. However, Robert was found competent to stand trial in December 2018.