1 man hospitalized after house leveled in explosion at Sumpter Township

Investigators are still trying to find out what led to a home's explosion in Sumpter Township over the weekend. The man who was injured in the explosion has been taken to the burn unit. His family says it was a miracle he is still alive.

SUMPTER TOWNSHIP, Mich. (FOX 2) - A man is hospitalized with burns to his body after his home in Sumpter Township exploded over the weekend.

The man had just walked into the house when his feet fell through a crawl space and an explosion leveled the structure.

In its wake was a massive fire and not a lot else. The man is now at University of Michigan Hospital recovering. His cousin said he survived thanks to a miracle.

"We are very very fortunate. The only way we can explain it is he truly had an angel. God was walking with him because there's no way he could have made it out of this house," said Jamie Craig, the victim's cousin.

The fire happened around 5 p.m. Saturday on Martinsville, near Oakville Waltz Road. 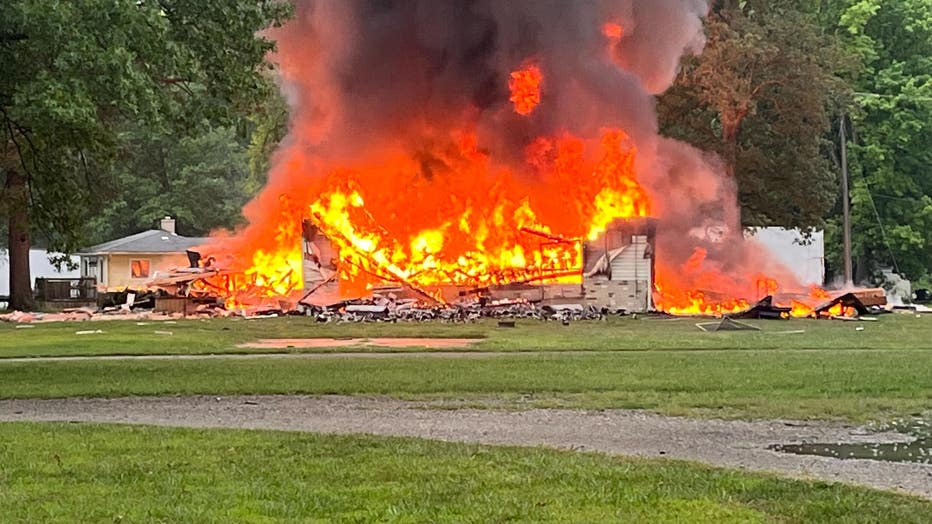 It's unclear what caused the fire, but family say the man had hooked up a newly-filled propane tank a couple of days before the explosion in preparation for the winter. The man's injuries weren't as severe due to his work uniform protecting him from the fire.

A township deputy supervisor confirmed the man had a lit cigarette when he entered the home.

Tim Rush also said the couple that lives at the home had just returned from their vacation when the home exploded. The man's wife was not injured.