DETROIT (FOX 2) - The Detroit Police Department said one person is dead and they're searching for the shooter, possible driving a black Dodge Charger scat pack.

Detroit Police said they were called to Outer Drive and Lindsay St. around 8 p.m. by neighbors who reported the accident and possibly a shooting.

Police Captain Tharadorus White said one man had been shot on Outer Drive at Southfield and crashed into a car after the shooting.

Witnesses told police they saw the gunfire come from a black Dodge Charger driven a Black man with dreadlocks.  White said they're unsure if the victim was targeted or not.

The victim has not been identified but is believed to be approximately 29 years old, White said.

Anyone with information or was in the area is asked to call Detroit Police or Crimestoppers. 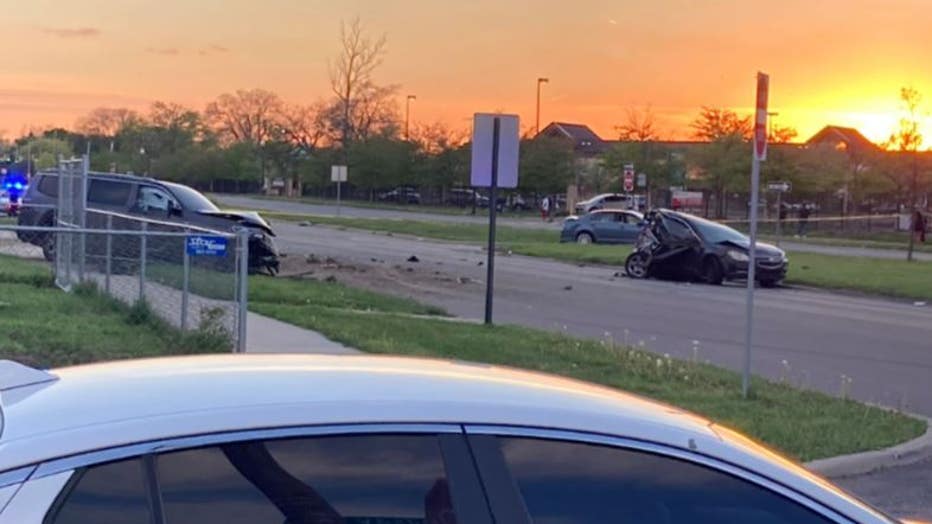 Detroit Police investigate a fatal shooting on Outer Drive near Southfield Freeway on Friday, May 13, 2022.