DETROIT (FOX 2) - Police are investigating a robbery at a Detroit staple: Starters Bar and Grill on Plymouth.

It is a Project Green Light location so police have surveillance video of the suspect. The robbery left this business and its employees shaken but undeterred about their commitment to this neighborhood.

Starters bar and grill held up at gunpoint in Detroit

"Getting that phone call is one of the most gut-wrenching phone calls ever," said Ali Saad. "The first question was, are you okay."

Saad, the owner, says it happened just before 9:30 a.m. Tuesday as one of his managers opened the restaurant and forgot to lock a door behind him.

"Somebody saw an opportunity and followed him in," Saad said.

Detroit police are now looking for the suspect who snuck in and demanded cash at gunpoint. Thankfully no one was hurt.

"It's crazy because why starters? Everybody loves starters," said Diamond Turner, a customer.

They are committed to supporting a Detroit business that supports them. 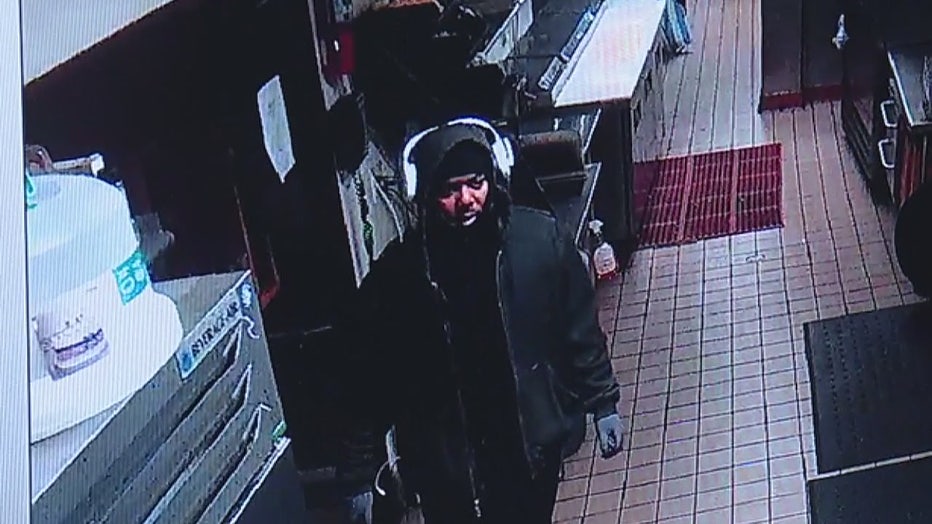 "They've done a lot for the community, being here 43 years, 40 plus years," said Ta-muk Scruggs, a customer. "They give a lot of people from the neighborhood jobs."

"So to hear somebody coming in and wanting to take from the community that's hurtful. One person ain't going to stop no show. He's doing a lot of great in the neighborhood so we appreciate it. So I'm going to keep coming here and patronizing."

And Saad says if customers are not deterred, how could he be?

If you recognize the guy in that video, please call Detroit police.

In the meantime, Starters plans on making some changes in regards to security and protocol to prevent something like this from happening again.