(FOX 2) - A Grosse Pointe Shores man and his brother-in-law won't be celebrating Thanksgiving in-person this year, but they have something else to celebrate. It's been one year since the brother-in-law saved the other's life with a liver transplant.

Mark Dybis was determined to help Dave Galbenski when he was diagnosed with a rare auto-immune disease that was attacking his liver. Without a transplant, Dave would die.

A Michigan family will be celebrating the one-year anniversary of transplant surgery and Thanksgiving at a distance this year.

"Three people a day die on the transplant list waiting for a liver," Dave said.

As Dave waited and worried, Mark was undergoing testing. He didn't tell his brother-in-law he was trying to become his donor until he knew for sure he was a match. Then he broke the news.

"'Look you need a new liver, I've got it. They're telling us to set a date,'" Mark says he told Dave.

"He said, 'Dave, I've got good news. I'm going to be your liver donor,' and you can only imagine the emotions that I felt at that point," Dave said. "Lots of tears, lots of joy, lots of relief."

It was September 2019 when Dave got the news and just before Thanksgiving on November 25, they went in for transplant surgery at Henry Ford Hospital.

"If we had everybody sign up for the organ registry, we probably wouldn't have the organ shortage that we talk about right now," said Dr. Atsushi Yoshida, who's with the Henry Ford Health System. Many people don't know they can donate part of their liver and it will grow back quickly. 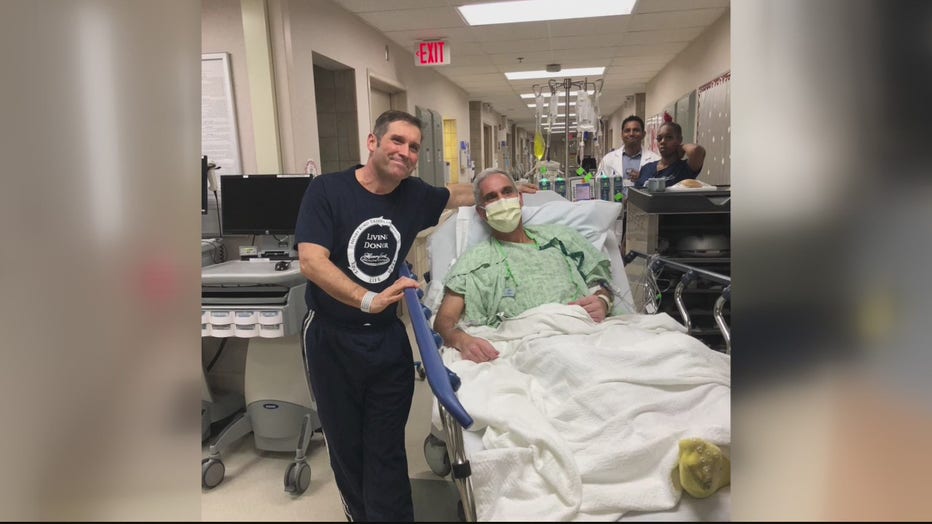 At Henry Ford Hospital they created the Center for Living Donation for kidneys and livers because the other option is waiting for an organ from a deceased donor, which can take a very long time.

"All the way through you're thinking about, what's the end game here? This is a human life on the line. Whatever we've got to do to get this done, let's get it done," Mark said.

And Dave is beyond grateful they did. He's grateful for this gift of life, the gift of special moments with his family. He's even back to running.

And this year, they'll be celebrating the one year anniversary of transplant surgery and Thanksgiving at a distance.

"Hopefully Mark's courageous act inspires other people to give life because at the end of the day what Mark did was not only save my life but he freed up an organ for another individual to come off the transplant list," Dave said.