DETROIT (FOX 2) - A man is dead after being shot by police early Wednesday morning in southwest Detroit.

As the investigation continues into the deadly shooting, Detroit police chief James Craig spoke Wednesday about fixing the broken system for the mentally ill in the city.

Detroit police chief James Craig is calling on the 'broken system' in Detroit to be fixed for the mentally ill after a mentally ill man was shot and killed by police.

"I've been talking about the broken system, it falls on deaf ears," Craig said. "I just had this conversation just days ago on a barricaded suspect with a hostage. ... Frankly, some other folks need to be held accountable."

"He was at the Detroit Receiving Hospital earlier that day asking for help. He's schizophrenic and they let him leave without giving him any medicine, it's a crisis center," said the man's sister, Priscilla Moza.

She believes her brother, Michael Moza, would be alive if he had received proper treatment at the crisis center.

After being released, police say he fired shots into a home in the 2300 Block of Cabot Street. Police were called and when officers saw the shooter, they went after him. A police chase followed and police eventually tracked the suspect down by his vehicle.

When police attempted a traffic stop, Craig says the suspect shot at police and they returned fire. The man died. 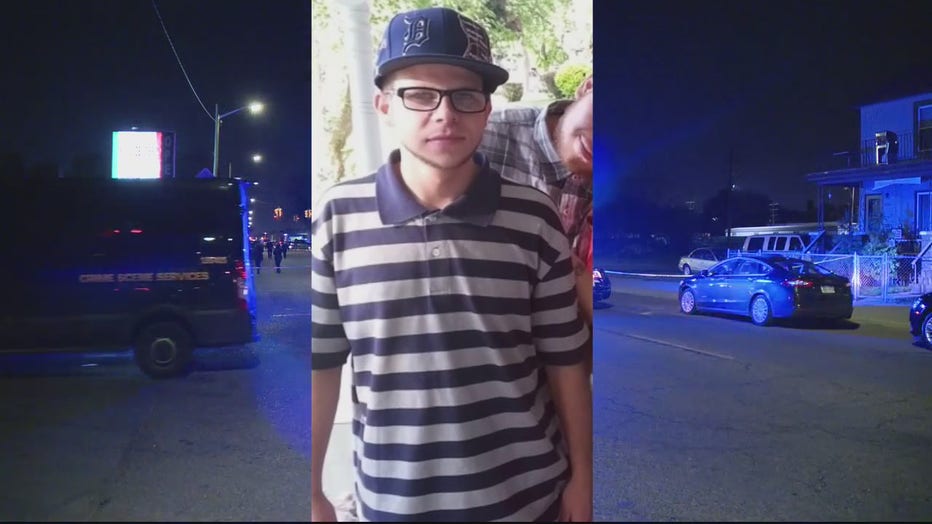 "When are we going to challenge and find out what's going on at the crisis center? Why are people being released?" Craig said. "Too many lives are being lost." Craig offered condolences to the family while also making clear that his officers were in danger.

Moza's sister also questions why her brother was released from the crisis center after he checked himself in.

"He was just trying to help himself, he couldn't get no help."

A man who didn't wish to be identified told FOX 2 he picked up Moza when he was released from the crisis center.

FOX 2 contacted the Detroit Medical Center for comment but were told they do not have information to provide about the individual.