Police fatally shoot suspect who open-fired into home, fled, before shoot at police

Detroit police are investigating an incident on the city's southwest side that left a suspect dead after an officer fatally shot him after he open-fired on police.

DETROIT - Detroit police have confirmed an officer has shot and killed a suspect who has fled from law enforcement early Wednesday morning.

Police initially responded to reports of shots being fired into an occupied dwelling on the 2300 Block of Cabot in Southwest Detroit. When police spotted the suspect, they pursued him.

While in pursuit, the individual began firing at police, who returned fire and eventually striking the perpetrator.

Law enforcement then administered life-saving procedures until emergency services arrived and took him to the hospital.

Police later confirmed the suspect died of their injuries.

Police Chief James Craig said a press conference with updates would be held at 1 p.m. on Wednesday. Check back to this page for a live stream when it starts.

Police later found three shell casings that were discharged by a weapon the suspect had been using. 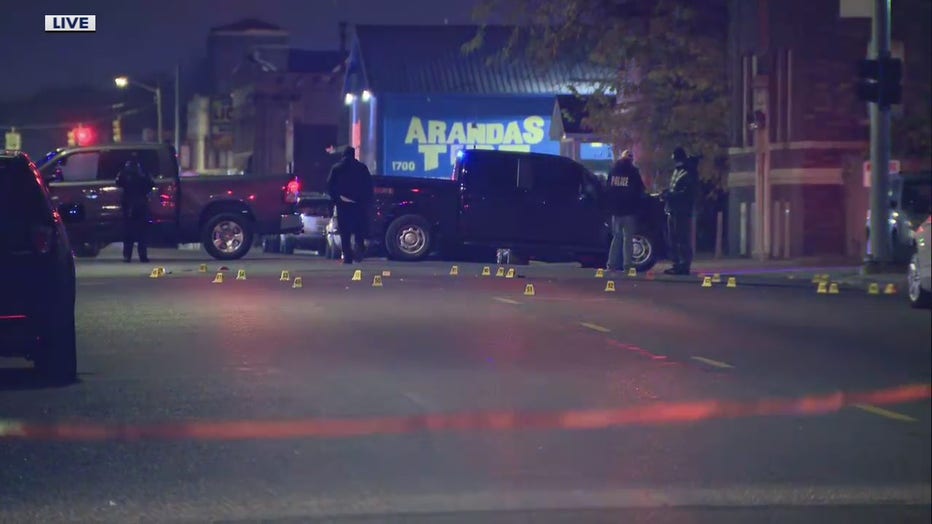 Detroit police investigate a shooting on the southwest side after a man open-fired into a home.