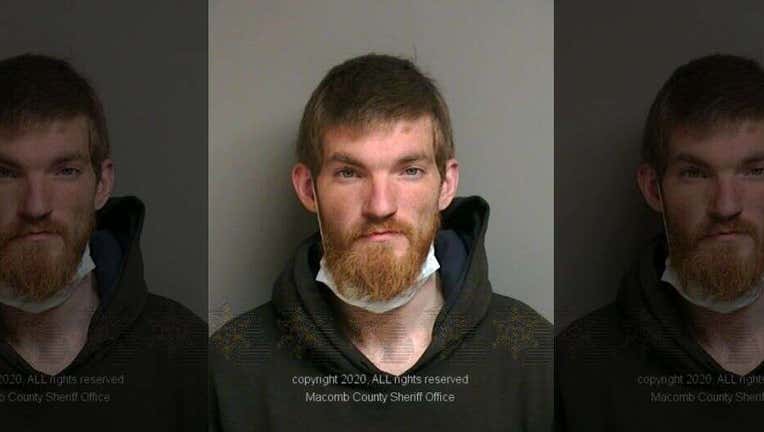 DETROIT (FOX 2) - A man who broke into Eminem’s suburban Detroit home and allegedly told the rapper "he was there to kill him" has been sentenced to five years probation and time served.

Matthew Hughes, 28, was sentenced last week by a Macomb County Circuit Court judge under a plea and sentencing deal with county prosecutors, the Macomb Daily reported. He was released after serving 524 days in the county jail.

Hughes said little at the hearing and made confusing statements in his presentencing report, said his attorney, Richard Glanda.

Eminem, who agreed with the outcome, did not attend the hearing.

Hughes was arrested after breaking into the Clinton Township home of the rapper in April of 2020 after getting past security guards stationed outside. He broke through a kitchen door window with a paver brick and actually came face-to-face with Marshall Mathers himself. Eminem was asleep at the time of the break-in and believed the man was his nephew at first.

"When Mr. Mathers asked him why he was there, he was told by Mr. Hughes that he was there to kill him," Officer Adam Hackstock told Judge Jacob Femminineo Jr.

Eminem escorted Hughes from the house and Hughes' defense attorney said last year that he believed there were mental issues involved.

Once outside, security guards held him until police arrived.

In August, Hughes pleaded no contest to a reduced charge of second-degree home invasion in exchange for dismissal of charges of first-degree home invasion, malicious destruction of property between $1,000 and $20,000 and assault of a jail employee. A no contest plea is not an admission of guilt but is treated as such at sentencing.

The Associated Pressed contributed to this report.