Police in Wyandotte chased two suspected pot thieves who took off in a van full of marijuana plants.

WYANDOTTE, Mich. - A man that was arrested with a "substantial amount of marijuana" in his car after he rammed police vehicles has been arraigned on felony weapon, fleeing, and breaking and entering charges after he lead officers on a chase through downriver communities Tuesday.

Edgar Ismael Lebron, 28, was given five charges, including three felonies after the venture that took police through Wyandotte, Ecorse, River Rouge, Detroit, and Dearborn.

Lebron fled police after a Wyandotte officer happened upon the vehicle he and another suspect had used prior to burglarizing a residence in the 900 block of Maple around 5 a.m.

As the deputy ordered a suspect to the ground and waited for backup, Lebron walked out of the garage that was broken into. After being ordered on the ground, he hopped in the van and sped through an alley, hitting a police vehicle.

What ensued was a police chase through five cities where Lebron hit parked vehicles in Detroit, nearly struck an officer, hitting a tree in Dearborn, and reversed into another police car.

Police were able to take him into custody shortly after that. 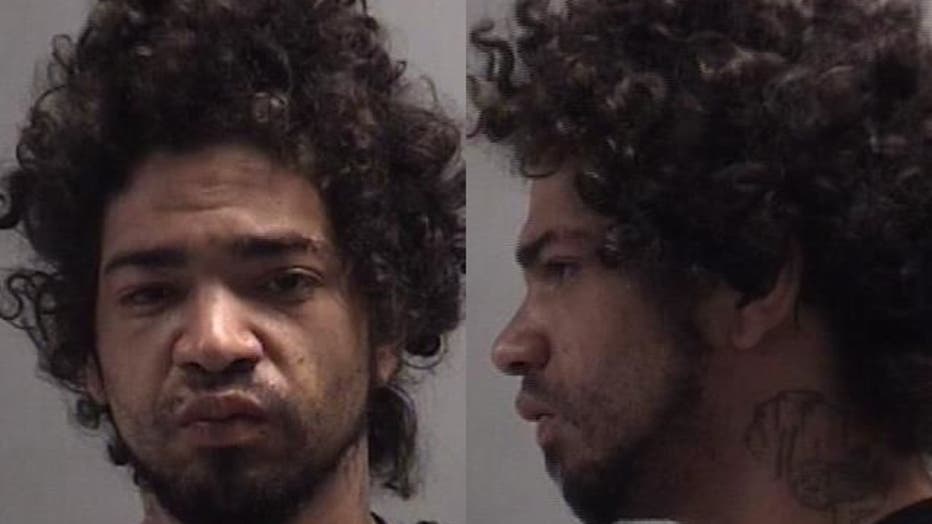 Edgar Ismael Lebron, 28, was given five charges, including three felonies

Lebron was arraigned Wednesday in the 27th District Court and is being held without bond. He's charged with:

The other suspect fled on foot and has yet to be identified.