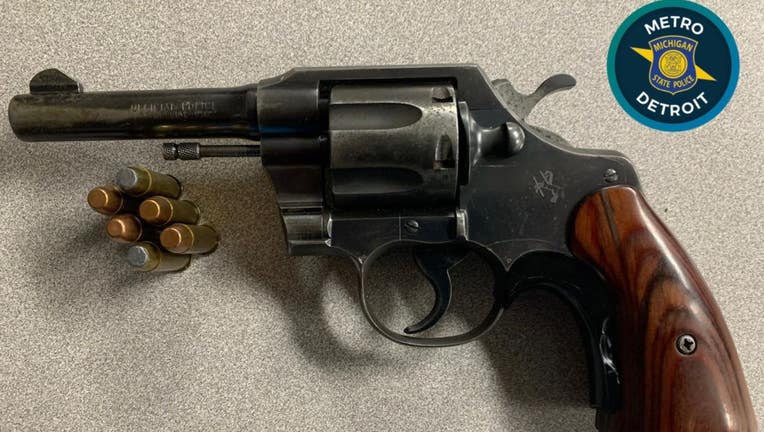 HOLLY TWP., Mich. (FOX 2) - Michigan State Police busted a man who does not have a license driving 125 mph on I-75 early Sunday.

Police said the 43-year-old man was speeding on the freeway near E. Holly Road in Holly Township at 2:45 a.m. when troopers pulled him over.

The man said he did not have a license and was arrested.

While searching his vehicle, troopers found an unregistered loaded .38 cal Colt revolver under the driver's seat.

The prosecutor's office will review the case and determine charges.