A group of local teens started the Oakland County Chapter of March For Our Lives after the tragic school shooting at Oxford High School left four students dead.

OAKLAND COUNTY, Mich. (FOX 2) - On Saturday there are at least 300 March For Our Lives rallies across the country— including in Metro Detroit— calling for gun reform.

"I think tomorrow will show a lot of people that this is an issue that’s not going away," said Savannah Thomas.

A group of local teens started the Oakland County Chapter of March For Our Lives after the tragic school shooting at Oxford High School left four students dead.

"When it hits so close to you, you see, you feel the community effects," said Ari Roth. "I’ve been to Oxford, friends have played games recently just weeks before at Oxford, you know, for sports - and it just becomes a reality."

Now the students say worrying about a mass shooting at their school is a stark reality they face every day.

"A week and a half ago the announcements came on, I had a mini-panic attack," Thomas said. "I had to calm myself down for two minutes. I was like, 'This is pathetic. It’s scary knowing that our local politicians won’t even do anything about it."

Saturday's march follows the massacres in Buffalo and Uvalde.

"In the Buffalo shooting, we know it was a primarily racist attack," said Rani Dhiman. "When it’s at school it’s like, primarily unarmed children. I feel like it’s important that students are out there getting their voices heard."

Now these students are hopeful the marches bring the country closer towards lasting change.

"I don’t think tomorrow will be the event that changes things, the event that creates new legislation," said Acho-Tartoni. "But I think we are slowly but surely, pushing the needle towards change and that makes all the difference."

There are marches across the country - but in Oakland County theirs will begin at 4 p.m. at Nardin Park United Methodist Church at  29887 W Eleven Mile Rd, Farmington Hills. 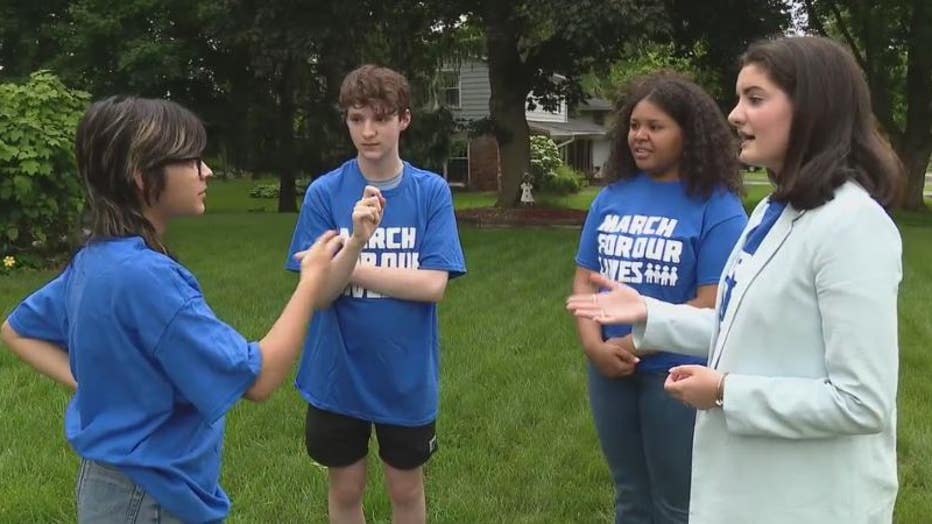