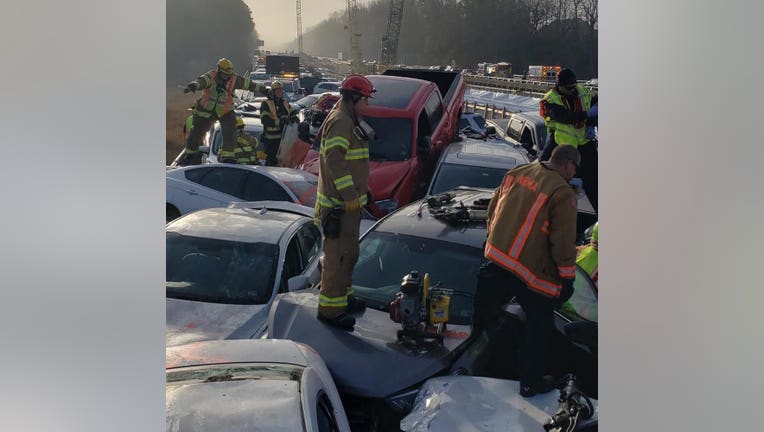 At least 69 vehicles crashed in the westbound lanes of I-64 near Williamsburg at 7:51 a.m., Virginia State Police Sgt. Michelle Anaya said at a news conference later Sunday. At the time of the crash, police said ice was present on the Queens Creek Bridge and heavy fog covered the area.

Anaya called the ice and fog conditions "causative factors" of the crashes, saying that the initial cause was still unknown and may take several days to learn as troopers continue to investigate.

Photos of the scene showed a clog of cars, some with crunched rear ends, dented doors and broken headlights.

The congestion was so tight that some vehicles had been pushed off the road by other cars that were forced underneath their frames. First responders were forced to walk across the wreckage on the roofs of vehicles.

While there were no immediate reports of fatalities, Anaya said 51 victims were transported and/or treated at four local hospitals. Officials said details on the extent of the injuries couldn't be disclosed at this time. 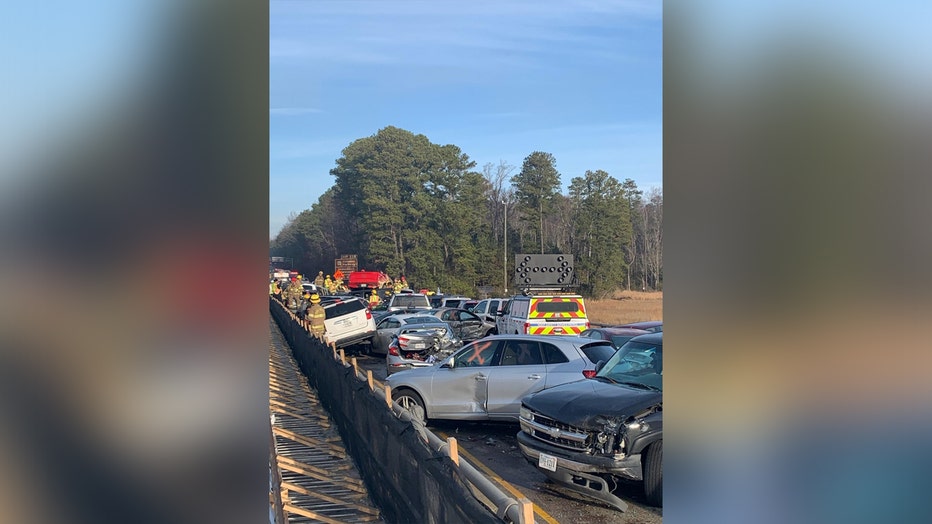 Many are in critical condition after a 35-car pileup Sunday morning on Interstate 64 in York County, Va.

In addition to closing all westbound lanes, officials said eastbound lanes were shut down due to rubber-necking at the crashes. Detours were set up with the help of the York County Sheriff’s Office and Virginia Department of Transportation (VDOT).

VDOT announced around 11 a.m. that all eastbound lanes were reopened. All the vehicles had been cleared and all lanes of I-64 were reopened at about 4 p.m.

A contractor for the bridge found that its infrastructure wasn't seriously damaged in the accident, VDOT Incident Management Coordinator Jim Stanek said.