DETROIT (FOX 2) - Detroit mayor Mike Duggan and Congresswoman Rashida Tlaib are asking for testimonials from census workers in the city after they believe the population was vastly undercounted compared to other areas in Michigan and other low-income cities across the country.

The two spoke at a news conference Wednesday afternoon to say they're collecting evidence and information now from census workers so that, once the official Detroit count from the Bureau is reported in December and if they feel it is undercounted, they're ready to appeal.

Detroit Mayor Mike Duggan and Congresswoman Rashida Tlaib are launching an inital investigation into the census counting efforts in Detroit.

"If they got the count right, that's great. But we cannot be scrambling in December if they got it wrong," Duggan said. "If you want to help the city get funded for the next decade ... we just want you to call and tell us the truth." He mentioned that, based on information from DTE Energy about energy hookups, city officials believe the population in Detroit has increased.

Duggan laid out a timeline Wednesday for when non-response follow-up for census counting began in Detroit. He said the non-response follow-up, which is knocking on doors of households that haven't responded during the initial self-reporting era, is the single most critical aspect of the census process to get accurate counts in cities.

Then on August 11, he said Detroit was added into the door knocking process and that the work would continue through Oct. 31. But the work was shut down early on Oct. 15.

"The truth of the matter is, they started later in Detroit, they understaffed Detroit and they shut it down early for one reason. There appears to be a national strategy to undercount cities and it appears to be hitting Detroit most effectively," Duggan said.

He and Tlaib are asking those who were hired to do census counting in Detroit to contact them and just tell them honestly about their experience. The number to call is 866-20-COUNT.

"We need information from census workers who worked in Detroit and surrounding areas who are willing to come forward to just tell us the truth of what happened. Were you out working full days? Did you have the appropriate lists of what houses to go to? Did you have proper supervision? Did you have tablets? All we're asking for is for people to come forward and tell us the truth," he said. "I would be very happy to find out that I'm wrong but all evidence that we have right now suggests there was an undercount effort here." 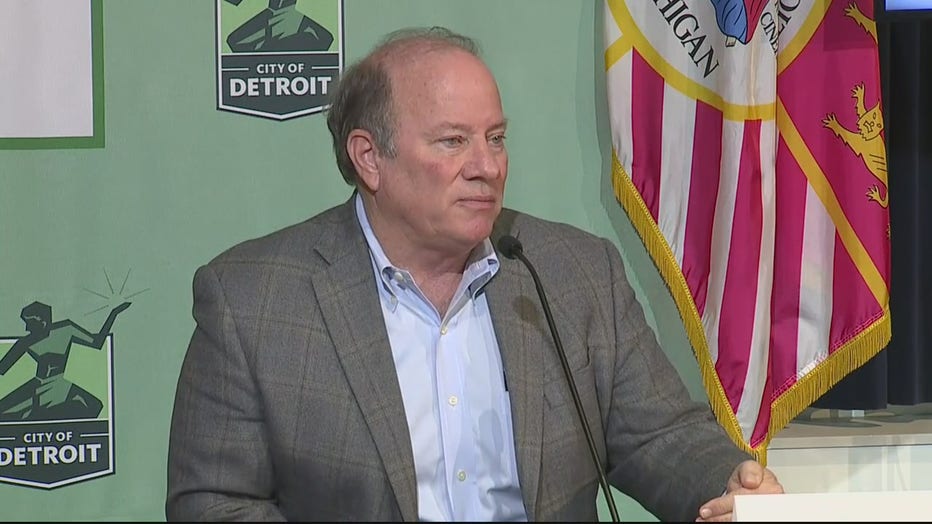 One census worker in Detroit, Clois Foster, was at the news conference as well and said her work environment was unsafe and unorganized. She said she would not get case assignments for houses until sometimes as late as 5 p.m. after she had been available for work since 10 a.m.

Another census worker Anthony Brenson said he was able to spend days efficiently in Macomb County and was surprised to hear how behind Detroit was in the process and how long it took workers to get case assignments.

"Yes, this could have been somewhat pandemic-related but we want to make sure there wasn't ill intention. But even if it was a lack of resources, you can't say you report to the mayor or myself that you did this but you actually didn't. Because that's unfair," Tlaib said of the census efforts.

"I think people on the ground in Detroit were honestly trying to do their best," Duggan said. "I'm not as much focused on whose fault it is, I am focused on was the count done as thoroughly and professionally in Detroit as other parts in the state and in the country? That's the evidence we're trying to gather."

Once again, if you were a census worker in Detroit and would like to share your experience - the number to call is 866-20-COUNT.