DETROIT - It was early on at a Detroit policy conference that Mayor Mike Duggan made a quip about any political ambitions for the future.

"You know, if the people of this city are as much behind me at the end of this year as they are right now, I would see doing this one more time," he said.

Duggan, who was first elected in 2012 as the first white mayor of the majority-black city since 1970, has maintained strong approval ratings since his tenure began.

That bit of news was dropped at the Motor City Casino Wednesday morning, during a preview of the Mackinac Policy Conference, which is hosted every year in May.

From the mayor hinting toward another term to local business success, officials of all statures converged on Detroit Wednesday for a preview the Mackinac Policy Conference later in May.

That wasn't all Duggan had to talk about, however. The mayor also brought up jobs and minority-owned businesses - specifically the ones over on Livernois Avenue.

"If you haven't been to Livernois - you guys all covered Livernois when it was all dug up in mud - you outta go there this Saturday night," he said.

In 2019, a stretch of road near 7 Mile on Livernois was completely torn up, its median was taken out and more sidewalk space was added. While businesses suffered at the time, most are hoping to see a return to success now that construction is complete.

"And I love to see the foot traffic, foot traffic to Detroit and business is very important," said Christal Franklin, owner of CFranks.

Franklin said it was difficult to start a business due to finding funding and keeping customers engaged. But as she'll tell anyone - she's from Detroit.

"...because I'm a Detroiter and one thing about Detroiters, we hustle," she said. 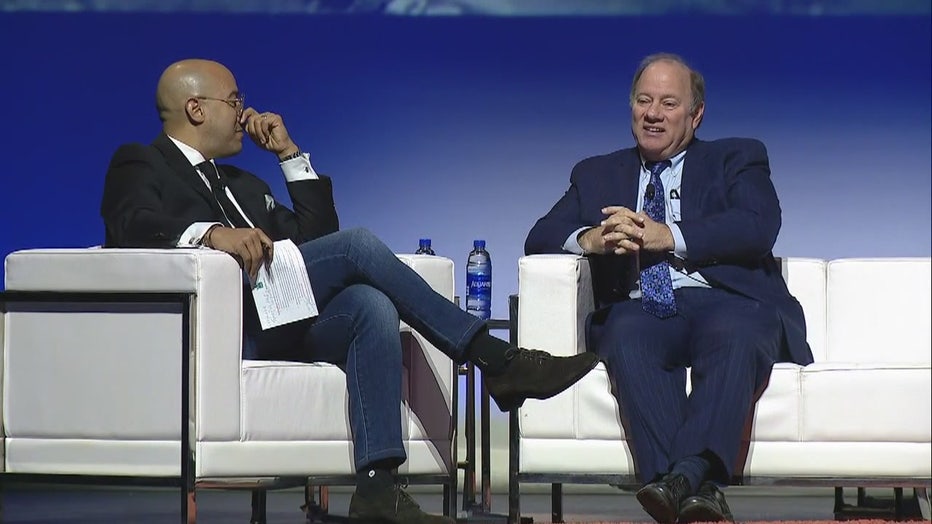 Franklin wasn't the only business owner in attendance on Wednesday. Another was Moses Shepherd, of Ace Petroleum A, a national wholesale fuel distributor based out of the city's west side.

"You got a lot of strong minorities out here having challenges with doing business with the city," he said.

Also in attendance was Oakland County Executive Dave Coulter, who was pushing for more robust public transportation in the region.

"I think there's almost nothing else more important that we could do as a region than to fix our transit issues," he said.