Detroit Mayor Mike Duggan stopped by on charity preview night to talk about the big return of the North American International Auto Show.

DETROIT (FOX 2) - Detroit Mayor Mike Duggan stopped by to discuss the return of the North American International Auto Show after a few years off due to the pandemic.

Mayor Duggan was on-hand during Friday night's charity preview night one day before the show opens to the public and spoke about all the changes - ranging from the outside displays to the inside tracks at Huntington Place.

"You know, I just cut the ribbon to open the show with the leadership of GM, Ford and Stellantis and what they've done for the city - GM with their Factory Zero, Stellantis with Jeep and Ford with the train station; the city is coming back," Duggan said. "And the automakers have so much to do with it, and it's great to have people in the auto show again."

About 5,000 journalists from across the world have converged on the city to cover the auto show.

FOX 2: "One (journalist) from Japan said this is not the same Detroit that he saw five years ago."

"There is more construction going on in this city than there's been in 50 years," Duggan said. "And people who haven't been here in two or three years say, 'I can't believe everything that's new.' And by the time the NFL Draft comes here in April of 2024, we will be that much further down the road. But tonight's a nice run-through for that."

Detroit has fought to keep manufacturing in the city by the car companies, and many of the end results are on display at the auto show.

"You know, it's just really special and I get a chance to talk to them - and we have not just the big plants, but a lot of supplier plants that the Big Three have made it a point to direct to Detroit," Duggan said. "And now you think of what we've got with this event in here. I mean, it's like going to Cedar Point Going up on some of these rides are scary. And then you have the monster trucks out in Hart Plaza, crushing the cars. The auto show is going to spread throughout all of the downtown. It's just wonderful."

Watch the video above for more from the mayor, including on the shift toward electric vehicles and how he imagines the accessibility will be for Detroit residents for them in the coming years. 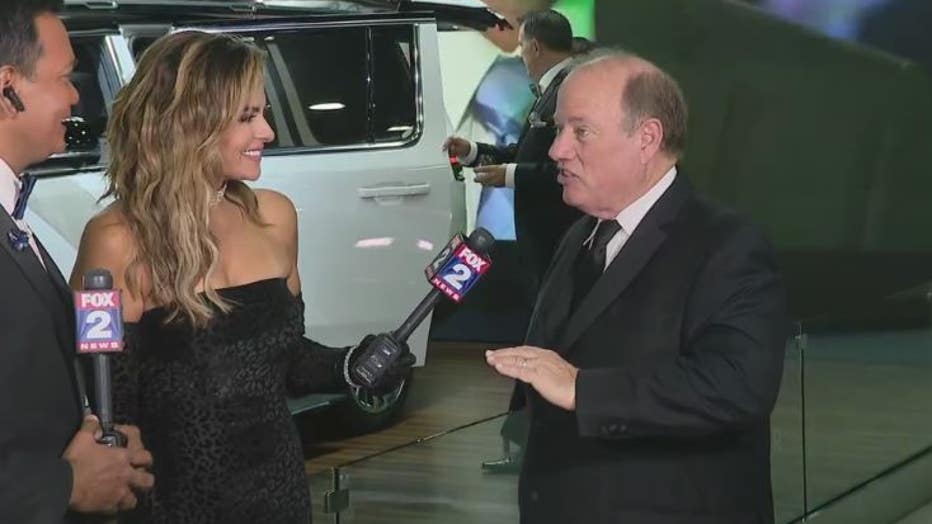