It took doctors five days to figure out what was wrong with Christopher "Dino" Guzzi after he got sick earlier this month. He is now hospitalized as he battles West Nile virus.

DETROIT (FOX 2) - A mosquito bite has led to a Metro Detroit man spending weeks in the intensive care unit with an extremely rare case of West Nile virus.

It took doctors days to determine what was wrong with Christopher "Dino" Guzzi after he was admitted to the hospital earlier this month.

"She (Guzzi's wife) thought a day or two before he had the flu, and a couple Covid tests came back negative. When she found him unresponsive she rushed him to Beaumont Hospital," his brother Scott Martin said. "The worst part was they couldn’t tell us what was wrong with him. They started taking away – it's not this, it's not meningitis, it's not the other. It took a good five days for us to find out that my brother had West Nile Virus." 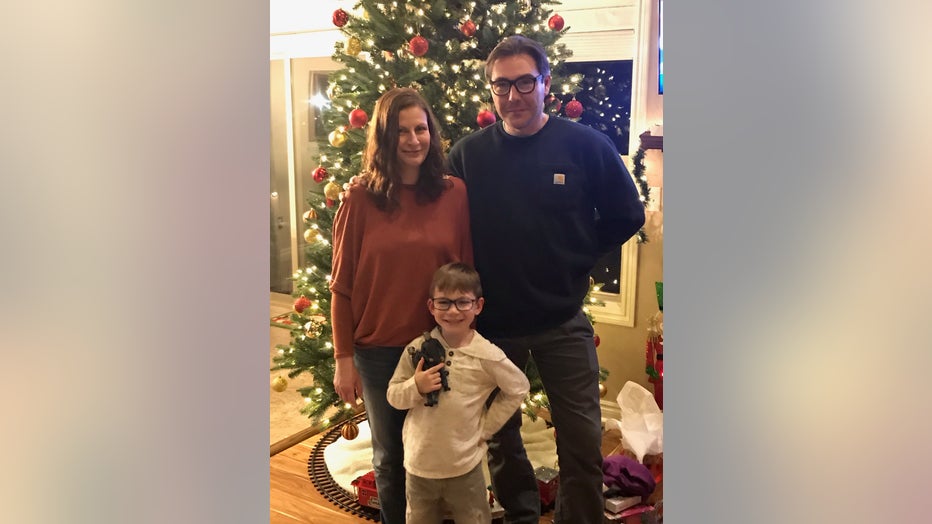 Very few cases of the virus progress to the point Guzzi's has.

"Less than 1% of the time it can progress to what we call this neuroinvasive disease where they get actual inflammation of their brain. That is the cases that are really dangerous," said Dr. Lea Monday, an infectious disease specialist at the Detroit Medical Center.

Doctors continue to help Guzzi as he fights for his life.

"The doctors have been wonderful. Doctors from U of M, Duke University have been working on it. But we do know in the end, there will be some astronomical medical bills, and we are going to need help," said Cory Richardson, Guzzi's uncle.

His brother said Guzzi just started a new job at Chrysler, so he did not have insurance yet.

There is no cure at this stage of West Nile virus.

That means he’s getting assistance to stay alive so his immune system can fight. Guzzi was making progress until Sunday. He had to be placed back on a ventilator in the ICU.

"Last time I was at the hospital I was with Dino’s son, and he said, ‘Daddy, I can’t wait to get you home,’ and that was the first time in a while we saw Dino smile," Martin said.

Guzzi is a father to a 7-year-old boy.

"Dino is a bit of a kid at heart, and so his relationship with his 7-year-old son was wonderful," Richardson said.

The family has started a GoFundMe page to help pay the medical bills.