WEST BLOOMFIELD, Mich. (FOX 2) - They call him Flyinbrian, and at just 14 years old he’s on the fast track to becoming the country’s first Black Olympic snowboarder.

His quest started at age 4, practicing on a plastic snowboard from Walmart in a ditch in front of his house in Farmington. His dad was his first coach.

FOX 2’s Lori Pinson catches up with a 14-year-old from metro Detroit who is on track to become the country’s first Black Olympic snowboarder.

“Well, he was always self-motivated. Anytime you have a kid that really wants to practice on their own, you just want to support that,” his dad Brian Rice Sr. said. “And so we started looking around for opportunities for him to take it to the next level.”

Brian soon outgrew training in his front yard. Alpine Valley provided more of a challenge, and that’s where he learned to do his very first back flip.

And the hard work has paid off.

Excelling in five different events in one competition, Brian placed third in the all-arounds. From there, he was invited to train in Switzerland with other Olympic hopefuls.

"Everyone sees Brian as the most promising young athlete to be the first African American snowboarder in the Olympics," said his mother, Kat Rice.

But of course, the right training comes at a price.

“When Brian was younger and he wanted to start snowboarding after I taught him how to ski, we ended up just selling all of his toys and had a big sale and bought into the Boyne Junior Fit program for his first snowboard. It takes approximately 40 to 100,000 dollars a year on an annual budget to support this kind of training,” Kat said. “We definitely are looking for more sponsors on a national level. At this point, his riding is there. The U.S. rookie team has their eyes set on Brian. He just needs a little bit more support and he's looking forward to a breakout season.” 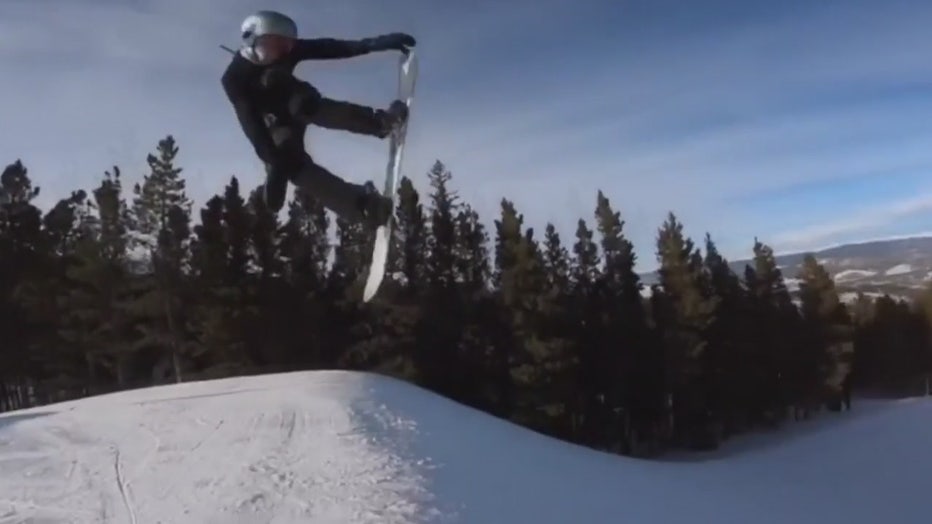 The support of family and friends keeps Brian focused on his Olympic dream - and he also has the full support of the nation’s oldest Black ski club, Jim Dandy Ski Club.

"To be honest, we're on top of the world and ecstatic about it. We've been trying for many years to get someone who had the caliber of Brian to go to the Olympics. Brian was in our own backyard. His family came to our club and the rest is kind of history," said Miles Maxey, a past president of the club.

“The biggest thing that kept me going with pursuing my dream was really taking the time to consider what I want to do as a life accomplishment. For me that's snowboarding, having fun and hanging out with people I enjoy,” Brian said. “Just keep on pushing, never give up and hopefully you'll make it to where you want to be.”

Brian was just recently invited to participate in his first big air competition next month in Canada.

If you’d like to help Brian get on his way to achieve his Olympic dreams, you can make a donation via a GoFundMe account online here.