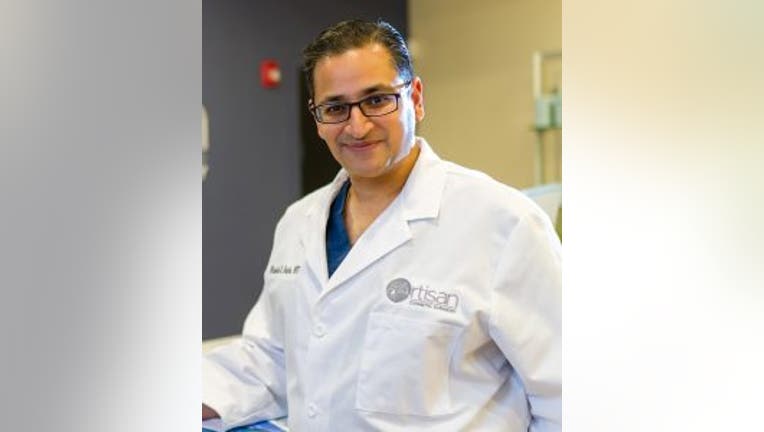 (FOX 2) - A plastic surgeon in the Michigan and Ohio area is accused of drugging and sexually violating multiple women while videotaping it as they were unconscious. A search of his offices found drugs, sex toys and multiple SD cards containing numerous videos that were sexual in nature.

Gupta, 49, is a board-certified plastic surgeon and has three medical offices - one in Toledo, one in Oregon, Ohio and one in Taylor, Mich.

The FBI searched Gupta's Ohio home, his two Ohio medical offices and other personal items on March 6 after a lengthy investigation and multiple tips and reports from women.

The investigation began in January 2019 after a woman came forward to say that she had been drugged, raped and likely video recorded during her time with Gupta as a high-end escort.

The alleged crime happened out in Los Angeles as Gupta was supposedly there for a medical conference. The victim told authorities she woke up the next morning with little recollection of the night and gave herself an at-home drug test, which tested positive for Benzodiazepine. She also got a rape kit.

The victim then went online to websites where women can report dangerous men in the online dating world to other women and escorts, where she found multiple other women had already reported that Gupta did the same things to them.

During the course of the federal investigation, employees also admitted to finding sex toys, lubrication, syringes, empty anesthesia bottles and other suspicious items around the office. One employee also admitted they had found SD cards containing graphic videos of Gupta with what appeared to be unconscious females.

The Toledo Blade is reporting that the investigation found over 20 different victims on the recording devices.

It was also revealed in the investigation that Gupta's office received multiple warnings from the Ohio Board of Pharmacy about his drug-keeping records. A more thorough investigation by the board found an unaccounted loss of drugs including Ketamine, Diazepam/Valium, Fentanyl and Morphine.

One employee also stated they at one point sent back an unexpected shipment of Ketamine that seemed too large and unnecessary for the practice.

Gupta has been arrested is booked in the Lucas County jail in Ohio on charges of illegally dispensing controlled substances, aggravated sexual abuse, and sex trafficking.