BLOOMFIELD HILLS, Mich. (FOX 2) - A 7-year-old boy got the surprise of a lifetime Tuesday in Bloomfield Hills, Mich.

Danny was born with a condition so rare only about 100 others in the world have it. He got to meet his favorite hero, the Caped Crusader himself, Batman.

"His condition that he has is actually called femoral hypoplasia-unusual facies syndrome," said his mother, Rachel Goodman.

"He was born with no femur bone on one side," said Danny's father, Lawrence Goodman, which eventually caused the amputation of his right leg. The 7-year-old is now learning how to walk again.

"When he was born his airway was just too small. That's why the trach is there," Rached added.

His parents say he's had 12 or 13 or 14 surgeries; they've lost count. Danny's having another next month but that doesn't matter.

"No matter how much he's gone through, he's always happy."

And that's where Barry Barber comes in. He's a financial advisor for Merrill Lynch, and crazy about all things Batman. And it seems everyone knows Barry has a replica of the 1966 original Batmobile. 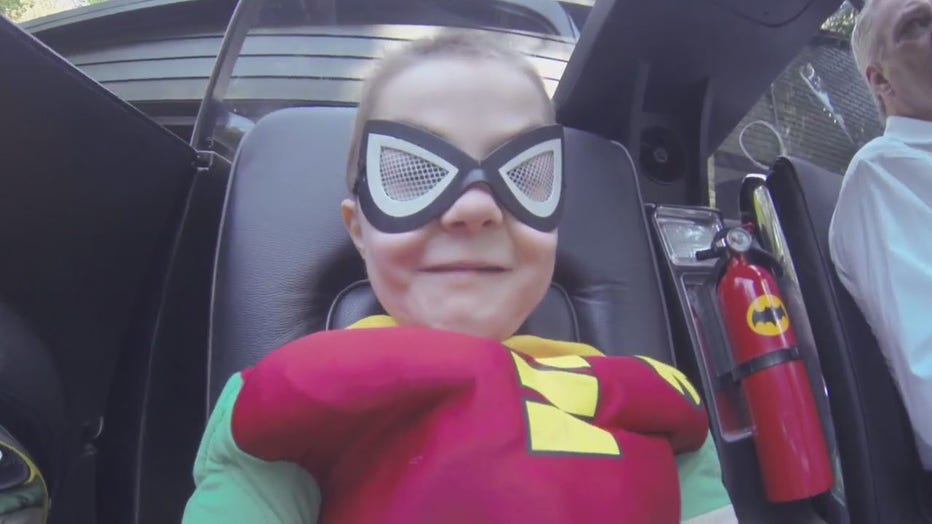 Barry and Danny don't know each other and live very different lives, but as it turns out, Danny loves Batman, too.

"He sees Batman and he says, I can be a sidekick too," said Lawrence. "It just helps him look forward to the next day, like, I can get through this. I'm strong and brave."

And when Danny's physical therapist, just by luck found Barry the thought crossed the mind that maybe Danny could get a look at the famous Batmobile.

The two met up Tuesday so Danny could get a special ride in the Batmobile, dressed as Robin of course. You can watch the special car ride in the video player above. 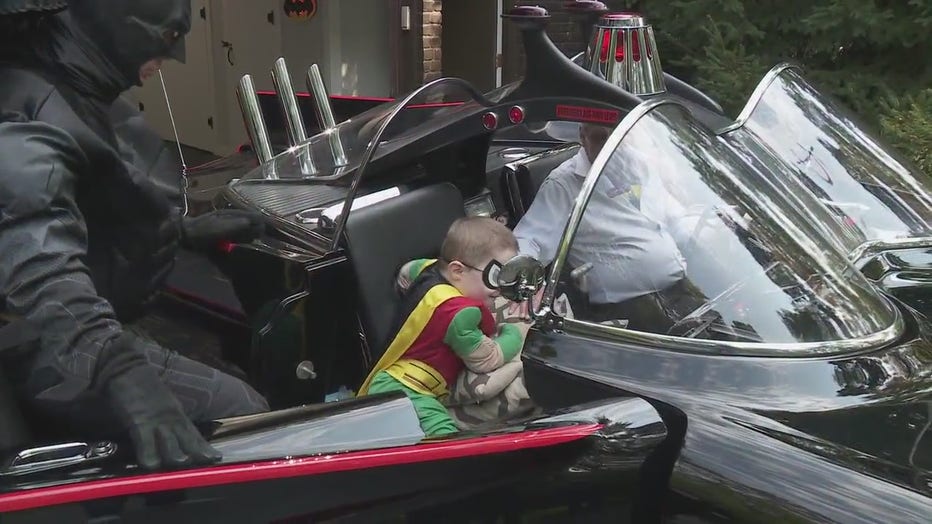