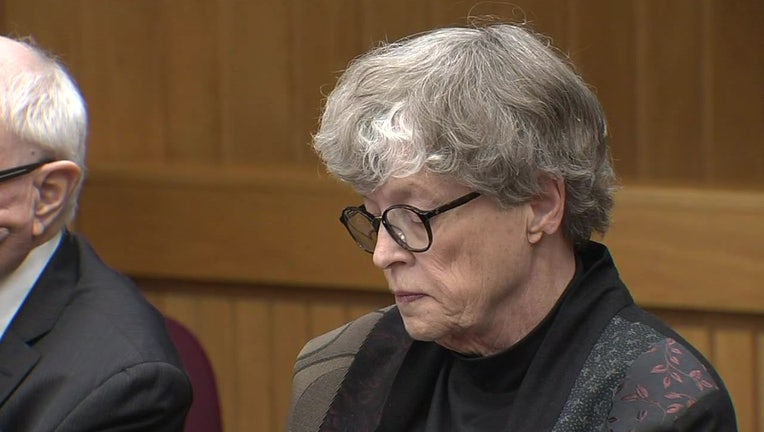 DETROIT - State prosecutors said Monday they won’t appeal a decision that derailed charges against the former president of Michigan State University who was accused of lying to investigators about sexual assault complaints against Larry Nassar.

Attorney General Dana Nessel expressed confidence about the case against Lou Anna Simon but nonetheless said she would not ask the Michigan Supreme Court to take a look, following losses in two courts.

"As the voice for survivors across the state, we always prioritize a victim-centered approach," Nessel said in an evening statement. "To that end, we understand a long appellate process is not always the best way we can support survivors."

Nassar, who was a campus sports doctor as well as a doctor for USA Gymnastics, is serving a decadeslong prison sentence. Hundreds of women and girls, mostly gymnasts, said he molested them during visits for hip, back and leg injuries.

The charges against Simon centered on a 2018 interview with investigators who said they wanted to know what officials at the school knew about Nassar. He was already convicted and sentenced by that time.

Authorities claimed that Simon knew in 2014 that Nassar had been accused of molesting a patient at a campus clinic, and that she knew about the nature of the complaint.

But Simon insisted that she was aware only that a complaint had been filed against a sports doctor.

A District Court judge in Eaton County said the case could go to trial. But the trial judge overturned that decision, saying there was insufficient evidence, and the Michigan Court of Appeals agreed, 3-0, in December.

The prosecution was "designed to punish and humiliate Dr. Simon for the sins of MSU, not to provide justice for Nassar’s victims or to vindicate the legitimate purposes of the law penalizing those who lie to the police," said Judge Elizabeth Gleicher of the appeals court.

Separately, Nessel said she is asking the Michigan Supreme Court to reinstate the conviction of former MSU gymnastics coach Kathie Klages. She was accused of lying to investigators about her knowledge of sexual abuse complaints against Nassar in the late 1990s.

Klages has maintained her innocence. She insists that she cannot remember conversations with two girls from two decades ago.

The Supreme Court can decline to take the case.