MONDAY NEWS HIT - With Michigan's electoral college scheduled to cast their final votes for President-elect Joe Biden on Monday, the tumultuous election's end looks like it will conclude with an unprecedented note.

The Michigan Senate chamber where the vote will be cast will be closed to everyone due to "credible threats of violence" reported by Michigan State Police.

While protests in support of President Donald Trump were anticipated in Lansing, the Capitol Commission said it had deemed its actions necessary based on concerns that potential violence could ensue during Monday's vote. It will still be streamed online.

If the 2020 election did anything for voters, it's educated them in every step required to run a national and complete a country-wide vote. With the vote certified in every county and the state, the safe-harbor deadline passed, Michigan's 16 presidential electors are scheduled to meet Dec. 14 in the Senate chamber to cast votes for Biden and Vice Presidential-elect Kamala Harris. 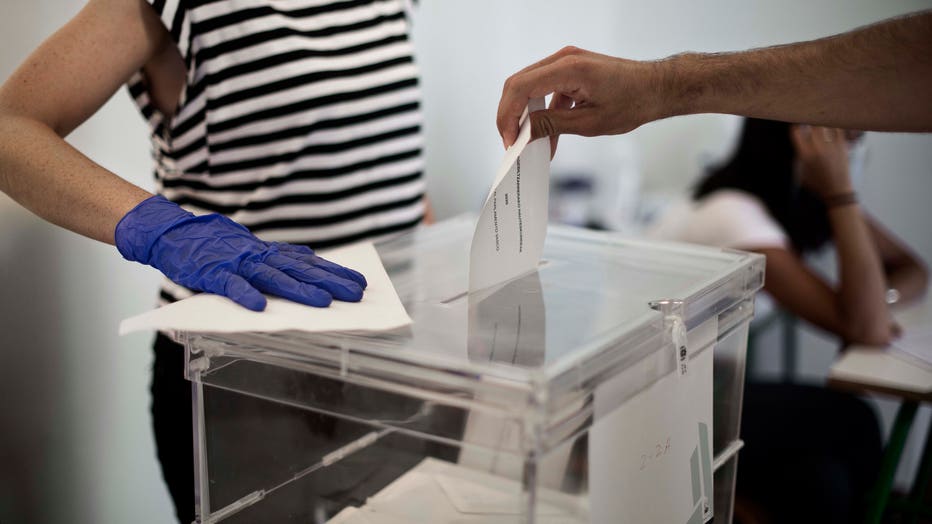 But a spokeswoman for Senate Majority Leader Mike Shirkey said that "based upon recommendations from law enforcement," government buildings like the Capitol building, the Binsfeld Office Building, and the Senate offices within Boji Tower will be closed.

The only people permitted to enter the building will be those chosen to vote for the electoral college.

It's the latest evolution in what's been an increasingly-tense post-election brouhaha that hasn't descended on the country in the modern era.

Supporters of the president have made themselves known in several states where they believe claims of voter fraud rigged the election against Trump. To date, no allegations have been proven true, despite several efforts including calls for the Michigan legislature to appoint its own slate of electors loyal to the president.

The culmination of these efforts to overturn the election received one of their most definitive rebukes last Friday when the U.S. Supreme Court declined to hear arguments from a lawsuit filed by the Texas Attorney General seeking to overturn the results in Michigan, Georgia, Pennsylvania, and Wisconsin.

Nineteen Republican lawmakers representing Michigan in Congress and the legislature supported the lawsuit.

After Michigan's electoral voters cast their ballot, the buck will move to Congress to officially count those results.

“The meeting of the Electoral College should be a celebration of our democracy, but instead has now become a target for threats, intimidation, and violence," read a statement from Michigan House Democratic Leader-Elect Donna Lasinski. "It is a sad fact that the shameful actions by certain Republicans to smear our democratic institutions and deny the clear will of the voters has undeniably created this dangerous, hostile atmosphere."

Threats of Lansing-based violence have occurred earlier this year after several men plotted to kidnap the governor with backup plans of storming the capitol building.

FOX 2 will stream the vote count today at 2 p.m. online and on our Facebook page.

Three dead in fatal crash on I-94

Three people have died after a two-vehicle crash on I-94 in southeast Detroit early Monday morning.

Around 1:50 a.m., a Chevrolet Camaro was reportedly driving at a high rate of speed when it collided with another vehicle.

Three occupants from the two vehicles were all transported to a hospital where they were pronounced dead. Michigan State Police were originally dispatched to eastbound I-94 and Outer Drive.

While driving, the Camaro struck the rear end of the Mercury SUV also traveling eastbound. Inside the Camaro were a 39-year-old man and a 38-year-old woman.

The Mercury at a 61-year-old traveler, whose identity remains unknown at this time. All three were taken to Ascension Hospital before being pronounced dead.

The freeway was closed at Chalmers and Outer Drive until about 5 a.m.

Police believe excessive speed and alcohol could be contributing factors in the crash. A medical examiner report is pending and further investigation is ongoing.

As planes departed from Portage, Michigan on Sunday, the country's largest vaccine distribution effort ever undertaken began with Pfizer shipping the first of its 3 million doses to parts around the U.S.

Very little time separated the vaccine's emergency approval from when the first doses were loaded onto cargo planes and departing the runway.

Michigan itself will receive 84,000 doses, which have been prioritized for health care workers first.

Despite how unprecedented of a health crisis the coronavirus has brought on the world, the speed at which a vaccine has been developed to combat it has been also unprecedented.

"This is an amazing period of time we have gone through really a health crisis like never seen before. But we also have seen the development of a vaccine at a speed we have never seen before," said Dr. Adnan Murkarah with Henry Ford Health System.

Health care workers, followed by emergency response teams as well as residents and workers at long-term care facilities will get the vaccine first.

At Beaumont hospitals, where about 11,000 people are health care employees are staffed, they are expected to only get about a thousand doses of the vaccine. Workers will be selected through a lottery process.

Daniel Williams was murdered outside a Detroit-area lounge more than two years ago. During a night out with friends at the El Capri Lounge at Mt. Elliot and Grand Blvd., Williams stepping out to take a call.

That was Aug. 22, 2018. Since then, police have uncovered new evidence, but Williams' death remains a mystery.

Family seeks answers after loved one killed at Detroit Lounge

Family seeks answers after loved one killed at Detroit Lounge

“These individuals are seen on camera, getting back into two vehicles after the execution,” Hassan said.

Police are in the process of testing new evidence in the case, hoping it will provide them with DNA and bring the family closure.

If anyone knows anything about Williams' death, they're asked to call Crime Stoppers at 1-800-Speak UP.

Two midwestern banks are merging to create one of the largest financial institutions in the country.

On Sunday, Huntington and TCF banks announced plans to combine, building out a dual headquarters in Detroit and Columbus, Ohio.

The merge is expected to bolster more jobs in Detroit, which will be located at a new headquarters building on Woodward, as well as a $50 million community investment.

A press release from the company says the merger was unanimously approved by both boards of directors. It will remain a holding company and bank that will operate under the Huntington name and brand.

If last week felt unseasonably warm, say goodbye to comfort with chances of snow and freezing temperatures throughout the week. For Monday, it'll be cloudy and 31 degrees.

Cold Sunday and Week Ahead

We're stuck in the 30s today under mostly cloudy skies. If you plan on being out and about don't forget your hats, gloves, heavy coat. Temperatures will continue to fall through the week with highs below freezing by Tuesday.

The Cleveland Indians are changing their name after 105 years.

Citing three people familiar with the decision, The New York Times reported Sunday night that the team is moving away from a name considered racist for decades. The Indians have been internally discussing a potential name change for months.

A team spokesman told The Associated Press the franchise has no immediate comment on the report.

The Times said the team could make a formal announcement later this week. It’s not known when the name change will take effect or if the team has settled on a new moniker.

Cleveland’s move away from Indians follows a similar decision earlier this year by the NFL’s Washington Football Team, which was previously known as the Redskins.

For years, Native American groups and others have protested against Cleveland’s use of Indians as its name as well as other imagery used by the American League charter franchise founded in 1901. Last year, the team removed the contentious Chief Wahoo logo from its caps and jerseys, but the smiling, cartoonish mascot has remained popular and merchandise is still sold bearing its image.