DETROIT (FOX 2) - A ruling this summer requires auto insurance companies to reinstate care for Michigan car crash survivors, but many of those victims are still waiting for anything to change.

"They're trying to put a dollar amount on our lives, and it's not about that. We need the help," Alva Robinson said.

Robinson was paralyzed in a car crash more than three decades ago.

"Alva not only deserving but entitled to more than this," attorney Nick Andrews said.

Decades after the crash, Robinson sits in her wheelchair with her 2-year-old grandson in her lap as she talks about what happened, and what she has lost.

But because of Michigan's catastrophic claims fund, she had caregivers paid for by Citizens Insurance. 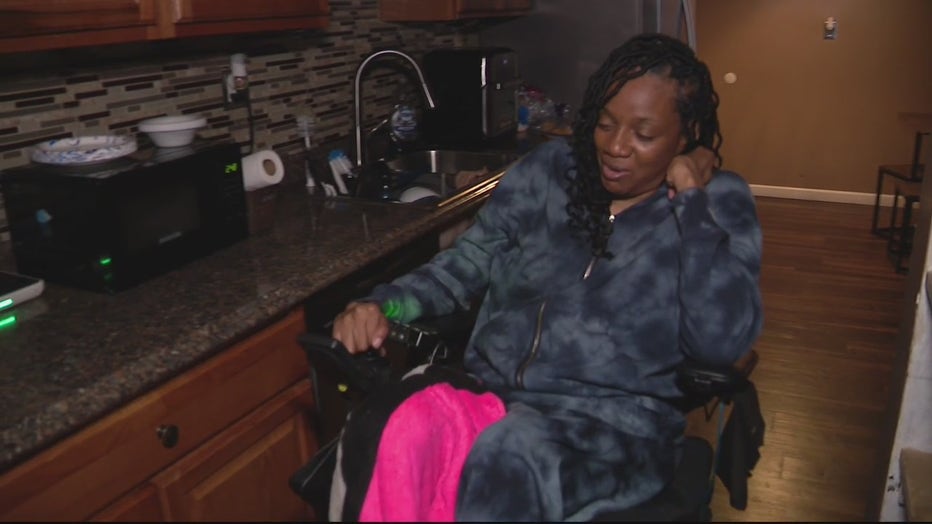 Then in 2021, due to Michigan's auto no-fault reform, those benefits to pay her caregivers were slashed.

"They reduced it to $6.87 an hour, which is well below minimum wage. Alva was left with the inability to really keep the people who were providing the care. They couldn't work for that," Andrews said.

No caregivers meant Robinson couldn't even get out of bed.

"I'm just stuck in the bed waiting to have to use the bathroom, to eat, get dressed," she said. "Going through this I was very depressed. I had to go live with family because I was afraid to be alone with my thoughts. I didn't know what I would do. It was really bad."

Robinson is among thousands of Michiganders catastrophically injured who no longer had care, but a recent ruling from the Michigan Court of Appeals ordered the insurance companies to reinstate payments to people injured prior to the new law taking effect. The problem is, Andrews says, some like Citizens Insurance, are still refusing to pay.

"Citizens is not following the law and Alva has not been paid her benefits, especially her attendant care benefits, since November of last year," Andrews said.

Robinson is fortunate to have a loving and supportive family to take care of her -- her daughter and young grandson have moved in and others have changed their schedules just to be here for her.

"We were definitely worried, the whole family, so we all took our turn and took our parts to do what we could do to take her out, bring her food, get her changed, whatever we had to do for her,"  Marcus Vaughn said.

The family and Andrews, are now suing Citizens and are still waiting for answers as to why they're not paying, not just for Robinson, but so many others who are not getting the care they need and deserve.

"Citizens' actions really just don't follow what we consider to be good faith in Michigan. It's nothing but bad faith and it has a very real effect on Alva's ability to live her normal life, and that's really what's so awful about what's going on here. They're just not living up to their end of the bargain," Andrews said.

Citizens did not respond to FOX 2's requests for comment.