The 1931 Michigan law bans abortions but a judge ruled that the state government cannot enforce the law as a lawsuit that Planned Parenthood filed against the state plays out.

The Supreme Court ruling left the decision of abortion up to each individual state and, in Michigan, it would have been banned if not for a judge issuing an injunction in May. This dates back to a 1931 law that Governor Gretchen Whitmer and Planned Parenthood are both fighting to overturn in separate lawsuits.

Aside from Whitmer, other Michigan Democratic lawmakers are also taking a stand against the decision and, for Representative Christine Morse, it's a personal decision.

"Abortion is healthcare. As a person who has carried three pregnancies to term and has had one abortion, I have experienced the physical trauma pregnancy can cause. I have experienced the fear of genetic complications, and hemorrhaging during delivery," Morse said."So many things can go wrong during pregnancy. Should the 1931 law be enforceable, our healthcare providers will be stuck."

The 1931 law bans abortion but a judge ruled that the state government cannot enforce the law as a lawsuit that Planned Parenthood filed against the state of Michigan plays out. So for now it’s still unclear how much longer abortions can legally be formed in the state. That's why Morse and Representatives Brenda Carter and Laurie Pohustky said action is critical.

"Everyone who is watching this and is concerned about abortion (needs) to sign the Reproductive Freedom for All ballot initiative. This constitutional amendment is our best shot to make sure every Michigander can access abortion and every other form of reproductive healthcare and it’s very, very important that we get it on the ballot," Pohutsky said.

The lawmakers also spoke about how overturning Roe V Wade could impact November elections and believe maintaining a Democratic governor is the key to keeping abortion legal in Michigan.

"We must reelect Gov. Whitmer. We must reelect attorney general Dana Nessel, We must keep Secretary of State Jocelyn Benson and we must keep our democratic majority in Congress to prevent a federal abortion ban," Carter said.

But in a statement, Michigan Republican Party tells Fox2:

"Republicans have been consistent in standing for life and will continue to do so, while Democrats utilize the ruling to divide, distort, spark violence and divert from the fact that Joe Biden’s presidency has been a complete and utter failure." 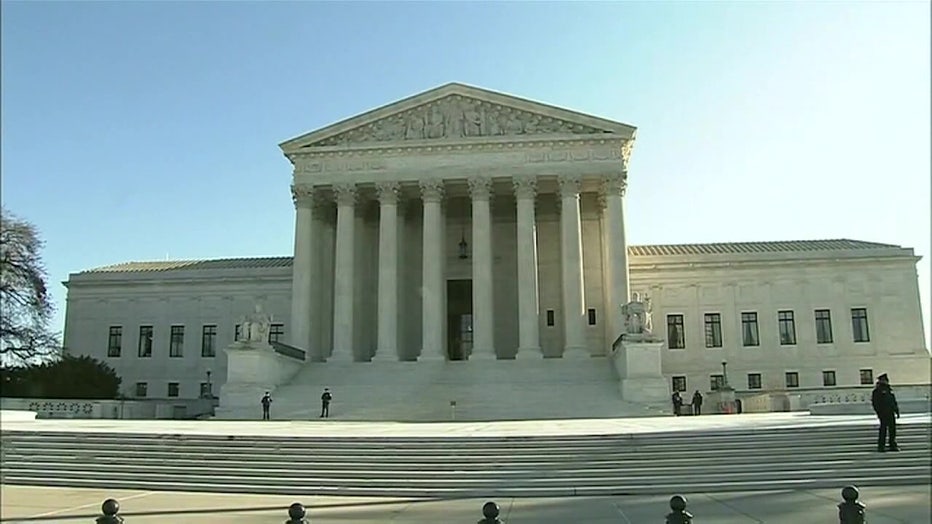