Protestors on both sides of the abortion debate are gathering in Michigan to share what they think about the Supreme Court's decision to overturn Roe v. Wade.

SOUTHFIELD, Mich. (FOX 2) - On Friday, June 24, the United States Supreme Court ended constitutional protections for abortion that had been in place for nearly 50 years.

In a decision by its conservative majority, the court voted 6-3 to overturn Roe v. Wade. The outcome was expected to lead to abortion bans in roughly half the states, including in Michigan where the state has a nearly 100-year-old law still in place.

In 1931, Michigan enacted a state law that restricts almost all forms of abortion, regardless of incest and rape. However, the 91-year-old law was suspended in a Michigan Court of Claims ruling last May in a case involving Planned Parenthood. Judge Elizabeth Gleicher suspended the law over Planned Parenthood's "substantial likelihood" of winning the case.

It's not known what will happen in Michigan moving forward but Gov. Gretchen Whitmer said she was devastated about the decision but said the 1931 law does not go into effect.

"This is devastating. Michigan's dangerous abortion ban could go back into effect — making abortion a felony in Michigan. My pending lawsuit to protect abortion access is more urgent than ever. I will continue to fight like hell."

In a more lengthy statement, Whitmer explained what the plan is for Michigan, as of Friday.

"Today is a sad day for America as an unelected group of conservative judges act squarely against the will of the people and medical expertise. We can all sense the despair that tens of millions of Americans -our neighbors, family members and friends- are feeling right now. However we personally feel about
abortion, health - not politics -should drive important medical decisions.

With today's decision, Michigan's antiquated 1931 law banning abortion without exceptions for rape or incest and criminalizing doctors and nurses who provide reproductive care takes effect. For now, a Michigan court has put a temporary hold on the law, but that decision is not final and has already been challenged. The 1931 law would punish women and strip away their right to make decisions about their own bodies. I am deeply disappointed that Michigan's Republican legislative leaders have been in court defending this draconian ban, to the detriment of women and families. Some legislators have gone a step further, proposing a 10-year prison sentence for abortion providers and a 20-year sentence for anyone manufacturing, selling or distributing birth control medication.

I want every Michigander to know that I am more determined than ever to protect access to safe, legal abortion. Now is the time to use every tool in our toolbox to protect women and reproductive health care. That is why I filed a lawsuit in April and used my executive authority to urge the Michigan Supreme Court to immediately resolve whether Michigan's state constitution protects the right to abortion. We need to clarify that under Michigan law, access to abortion is not only legal, but constitutionally protected. In addition, my recent executive directive instructs all state departments and agencies not to cooperate with authorities from other states who want to prosecute women seeking legal abortion care and instructs departments to increase protections for reproductive healthcare.

I will fight like hell to protect every Michiganders' right to make decisions about their own body with the advice of a medical professional they trust. I will not give in or give up for my kids, your kids, and the future of our great state"

Michigan Attorney General Dana Nessel cautioned that she believed this is only the beginning, citing a consenting statement from Justice Clarence Thomas that said decisions about same-sex marriage, birth control, and bedroom choice should all be reconsidered as well.

"Been predicting this for years. SCOTUS & the Republicans are coming next for your birth control, the sexual positions you can engage in with another consenting adult (in Michigan-missionary only) & your same-sex marriage," Nessel said on Twitter. 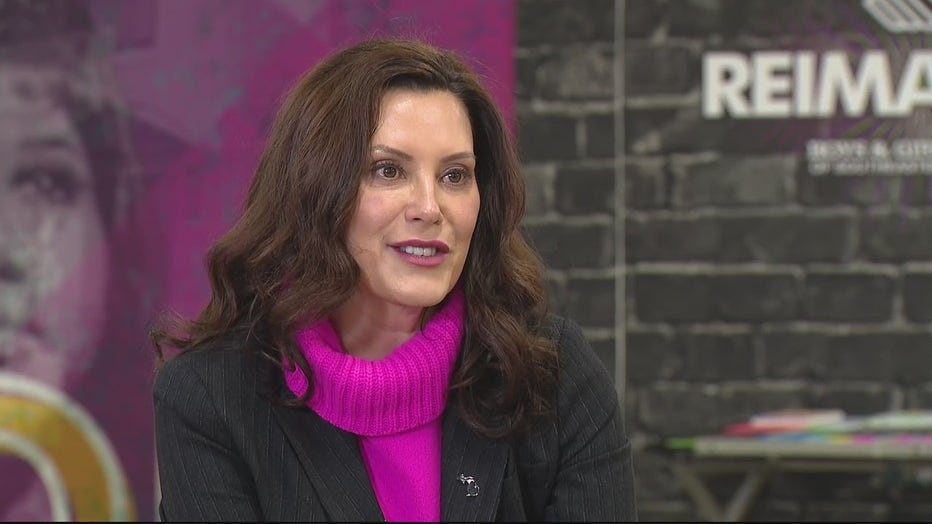