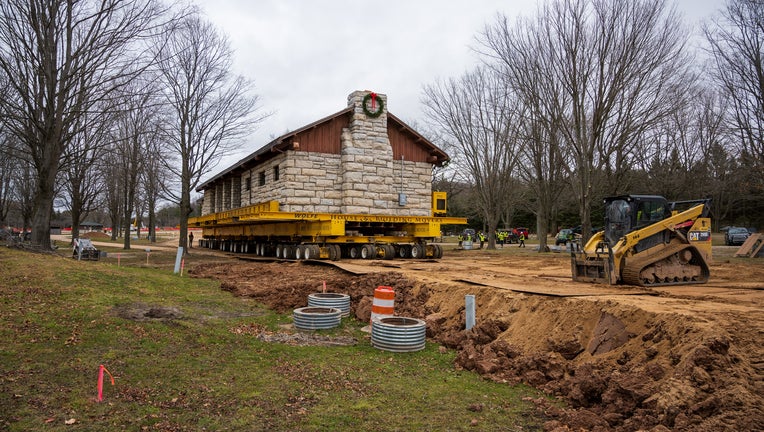 MANISTEE, Mich. - A west Michigan state park shelter has found a new home after a 23-hour journey moved the historic building away from the eroding Lake Michigan beach it sat on for more than 70 years.

Over the weekend, the Orchard Beach State Park's famed outlook that sat above the Great Lakes completed its 1,200-foot journey to its new resting place, which is about 230 feet from the shoreline. 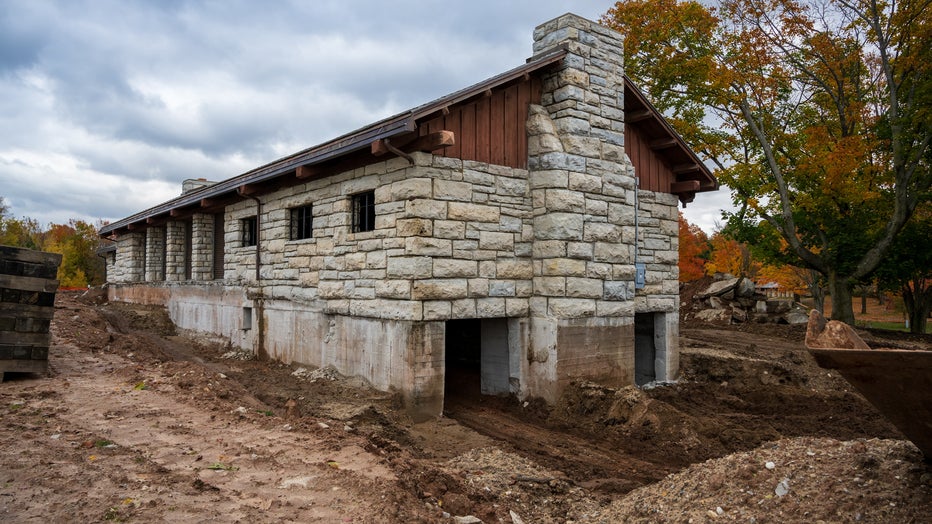 Moving the pavilion at Orchard Beach. Excavation showing holes cut in foundation for access to excavate under the building. (Joel Marotti | Michigan Department of Natural Resources)

The building's transformation is the latest installment in mitigation efforts by the state to offset potential threats from wind and water erosion inflicted on Michigan's coast by historically high water levels in the Great Lakes.

“So many families have held events here over the years because of the unique charm of this park shelter. Now its legacy can continue for many generations into the future," said Doug Barry, the unit manager of Orchard Beach State Park.

Like so many other homes located near the west Michigan shore, the state park's shelter found itself at the mercy of a shrinking coast that threatened to collapse the structure without intervention.

In 2017, teams began collecting data and studying the disappearing shore. Early evaluations made it clear that several buildings were at risk due to the accelerating erosion on the beach. After assessing the natural forces at play, officials deployed what is called a "managed retreat" that will enable the long term preservation of whatever is being moved. 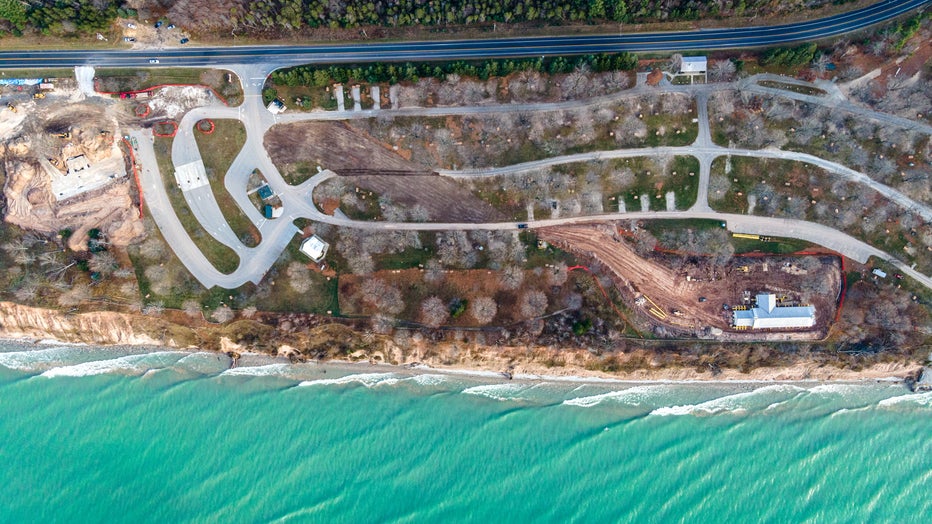 Moving the pavilion at Orchard Beach. Overhead view of the current location showing proximity of building to the lake. (Joel Marotti | Michigan Department of Natural Resources)

Over the weekend, years of planning and a price tag of $3.6 million finally fell into place when crews lifted the 850-ton building over pavement and around trees.

“Investing in this important place is an investment in the story of Michigan and preserves the memories of those who have enjoyed this iconic destination,” said Ron Olson, chief of the Parks and Recreation Division at the DNR.

Before the shelter was moved: 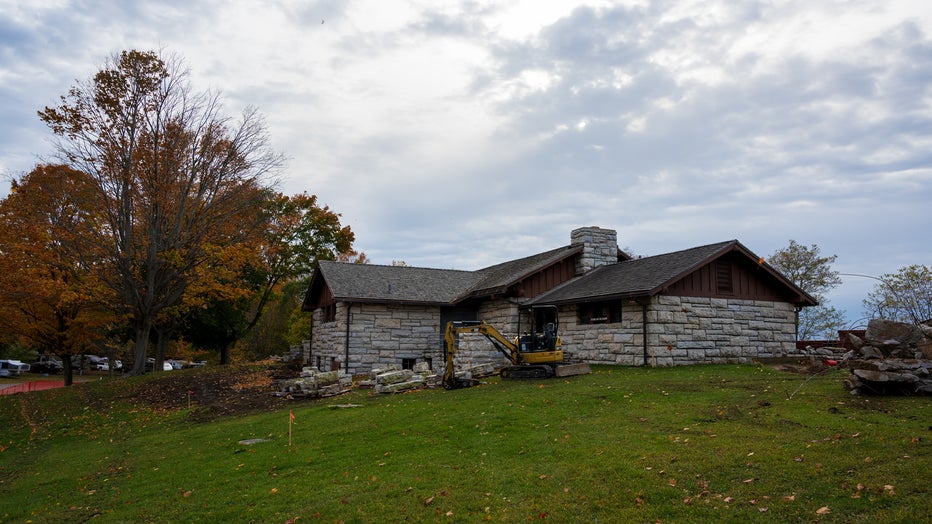 After the shelter was moved 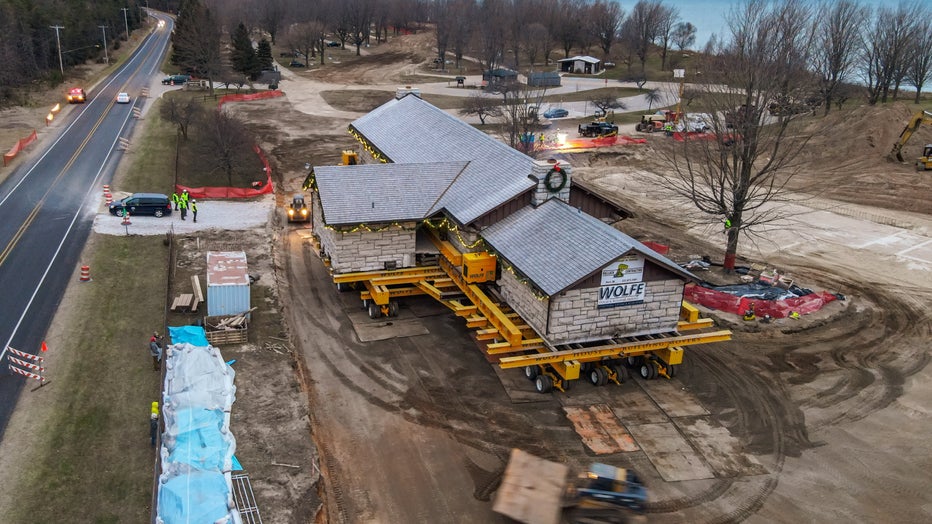 After Orchard Beach joined the state park system in 1921, the shelter was erected in 1947. It would also be added to the National Register of Historic Places as one of several buildings designed by Ernest F. Hartwick and built by the Depression-era Civilian Conservation Corps.

Lake levels in each of the Great Lakes have reached record-highs in the last two years, leading to concerns about the state of infrastructure in Michigan and if it can withstand increasingly erratic conditions.